World of Warplanes is a Massively Multyplayer Online Game Free to Play developed on air combat between multiple aircrafts between the First World War and the Cold War period. It’s part of the war games platform created by Wargaming. 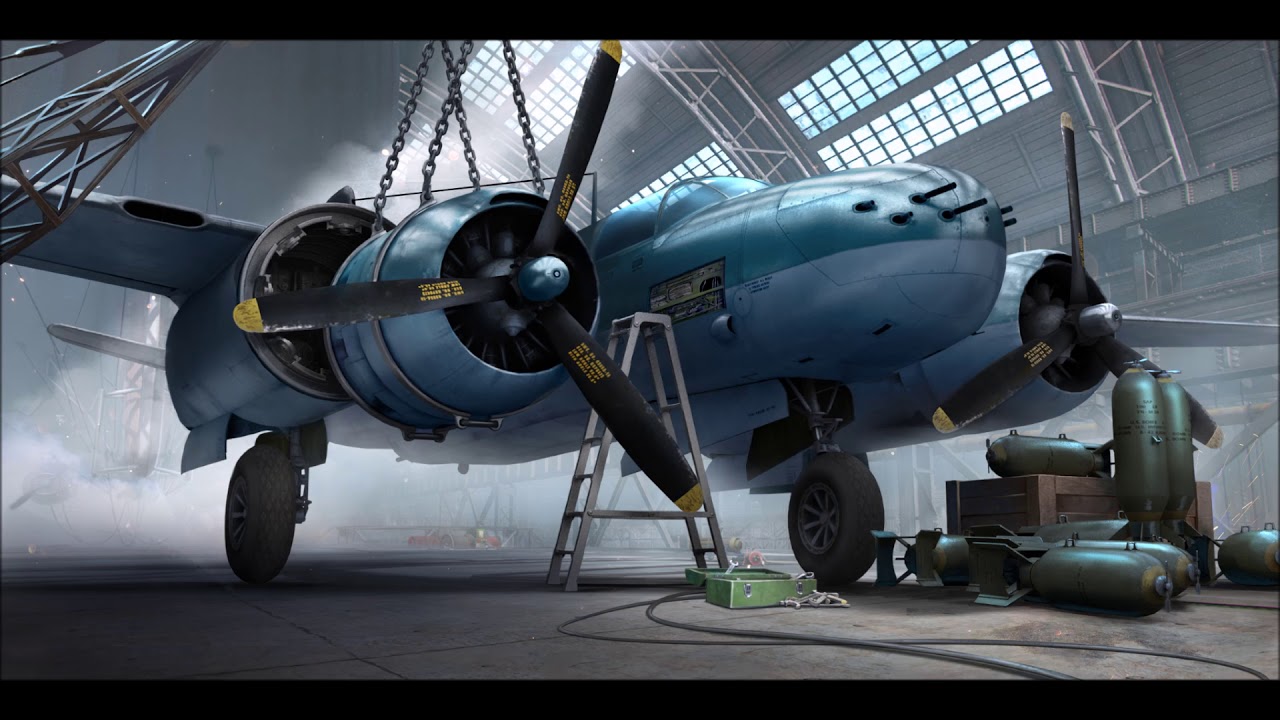 You will be able to modify and upgrade your hangar airplane before you take it in flight and immerse yourself in unmatched air combat! The game is focused on the battles between players divided into two teams that collide in a battlefield, each player commands through their computer’s peripherals their plane and must try to destroy enemy squadron and win the opposing bases.

Wargaming has recently radically modified the game by launching revision 2.0. With this new upgrade the available gaming options are for the time being reduced to a single mode:

Each match is made up of two teams each with 15 players, the victory does not depend on the number of enemy aircraft destroyed but by the ability of a team to capture and hold key areas on the battlefield.

Since aerial destruction is no longer the key to victory, losing a plane in battle is not a big deal. During a battle, if knocked down, the player can get back into action.

To take control of a strategic area, players must destroy air and land targets within the same; to defend an area, on the contrary, will have to oppose the attack of the enemy and prevent the conquest by destroying its planes.

Increment points on supremacy are added to teams every 5 seconds depending on the number of territories controlled by a team. If one of the two teams acquires control over all the strategic areas of the map, the accumulation frequency of the points of superiority increases considerably.

Each area serves a special function, it has its own defense system, strengths and weaknesses, based on which teams should set attack priorities.

This is the less-captured area and therefore less defensive. It is normally also the closest to the start point match. It provides 3 points of supremacy every 5 seconds.

A selectable point of departure from which you will return to combat if your plane is destroyed. It provides 3 points of supremacy every 5 seconds

Allows the control team to change the type and class of aircraft – use the tactical screen to select ready-to-fight planes from your appropriate hangar for the specific level of the ongoing battle. A selectable point of departure from which you will return to combat if your plane is destroyed. Decreases time for 10 seconds. It provides 3 points of supremacy every 5 seconds. Repair your plane and remove critical damage

Performs a missile attack on an adjacent area whether it is enemy or neutral every 20 seconds until it is captured. After that, it turns to the next winning area available. It provides 3 points of supremacy every 5 seconds.

Order an incursion of five bombers on an area occupied by the enemy (not neutral territories) every 110 sec. The attack flight approaches the outside of the operating area, heads toward the targeted area and runs a high-altitude bombing, causing significant damage. However, the flight can be intercepted and destroyed by enemy aircraft. After the territory is captured, the Command Center points to the next available territory. Provides 3 influence points every 5 seconds.

At the beginning of each battle, all strategic areas are neutral and controlled by local defense forces, highlighted by white color. Your team must establish control over the territory by destroying ground targets inside, neutral defense planes as well as any enemy planes to gain capture points.

You need to earn a delta of 140 capture points on the enemy team to get the win in capturing the target. The winning points earn according to the following destruction criterion:

Airplanes shotdown during defense: 40 points (only counted planes destroyed in the defense area)

Each territory has its own defensive system, which may include:

The composition of a defensive system depends on the type of area. For example, airports have virtually no anti-aircraft artillery, while military installations are heavily fortified.

In Conquest mode, losing your plane does not mean that the battle is over; after a short wait, you can re-enter the battle with a new aircraft. Every type of airport serves as a point of return once your team catches it. When you have more than one, you can choose a favorite target area for your next drop by selecting it with the left mouse button on the tactical screen. 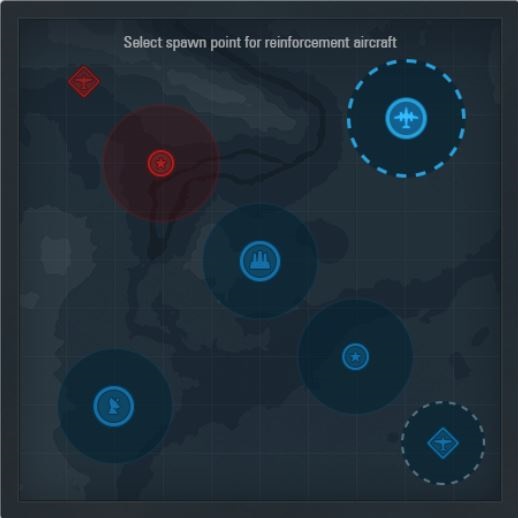 If your airplane or crew is heavily damaged and can not support further damage, it is enough to disengage from the fight and head to the repair points marked with the English wrench and overwrite them. The repair process is gradual; its speed and the maximum amount of HP restored depend on the class of your aircraft and the amount of damage it has suffered. 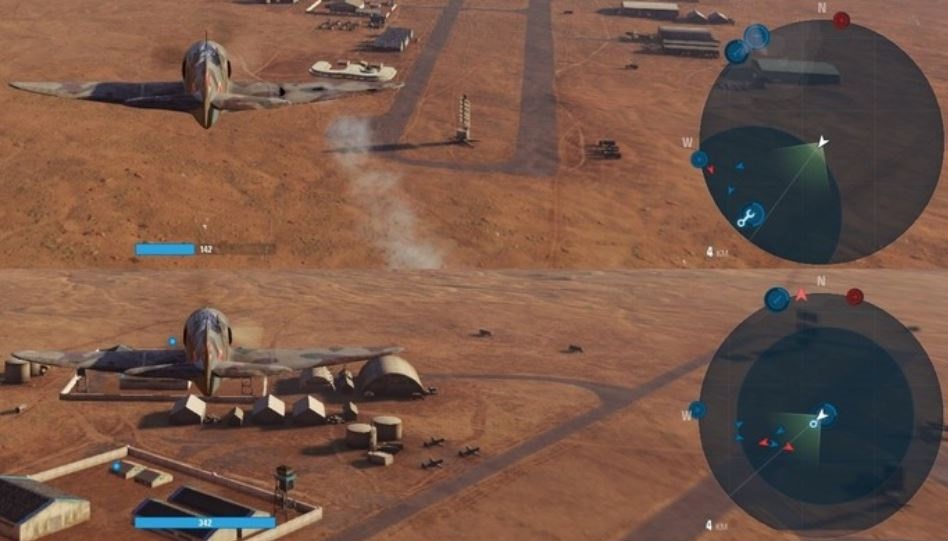 The airplanes in the game are 220. They all reproduce real-world aircraft that were developed immediately before, during and immediately after World War II, with some exceptions, such as the presence of aircraft that were in prototype and not in series or aircraft which have never been realized but only designed or others have only been hypothesized. 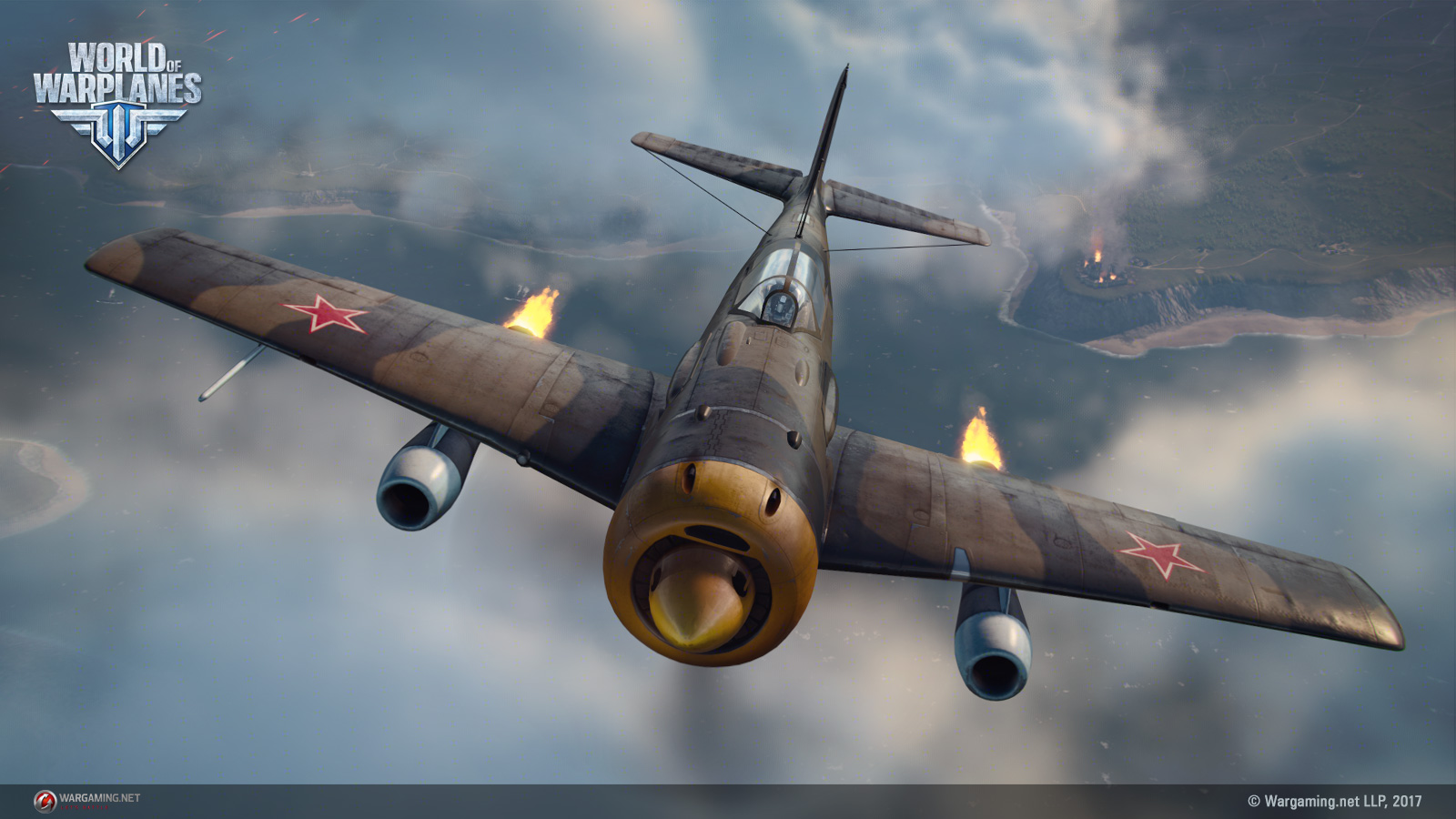 Not all airplanes in the game are unlockable for free, airplanes designated as “premium” in the game can only be used through their purchase via WOWP coin, “Gold” buyable with real money or through missions, clan war or e-sports competitions. 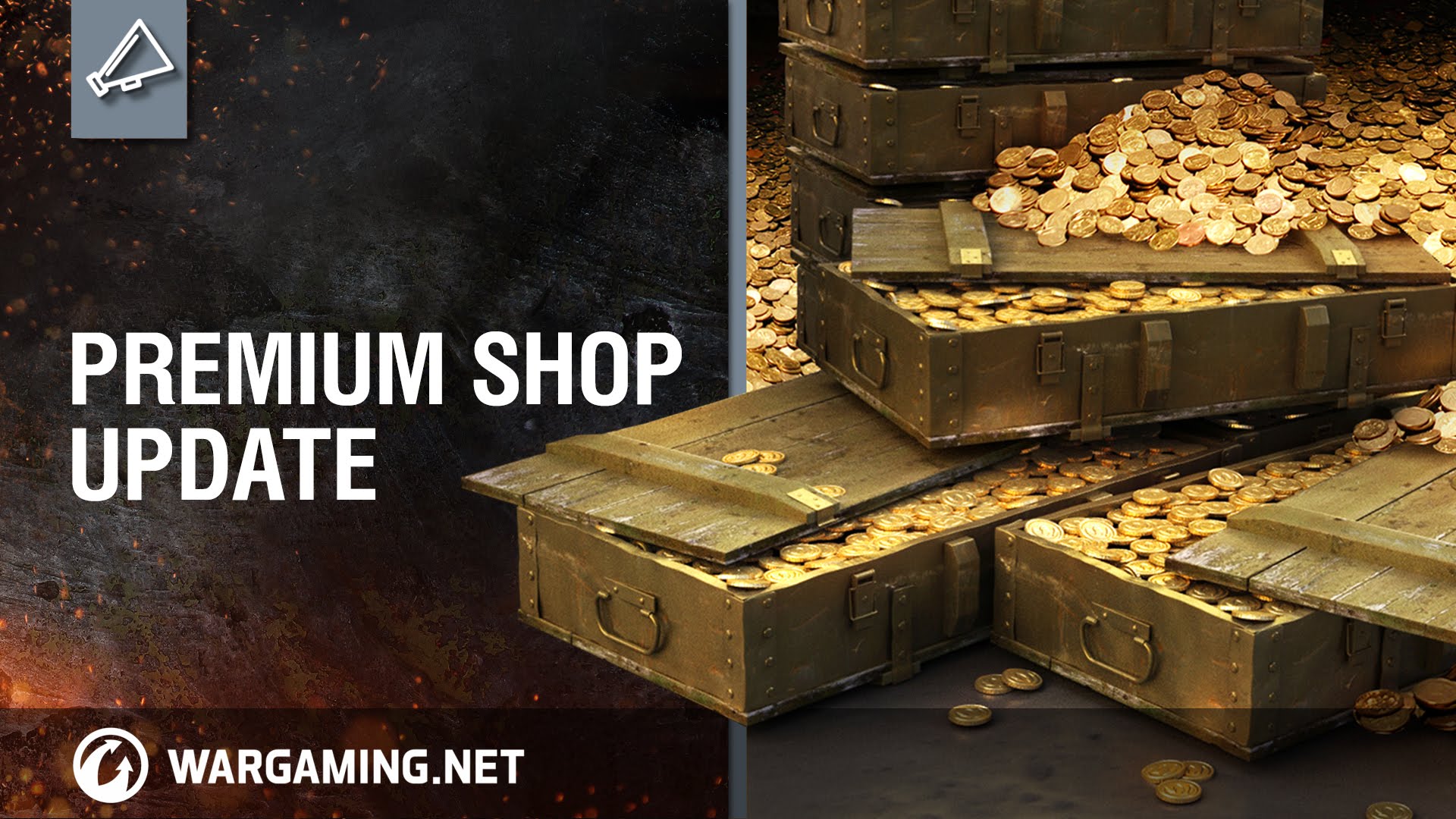 Some planes are provided by game producers to all members in case of special occurrences or certain users who have achieved significant results in Clan Wars or contest winners promoted by Wargaming. Vehicles are divided by country, Germany, Soviet Union, United States, Japan, Great Britain, China and France. 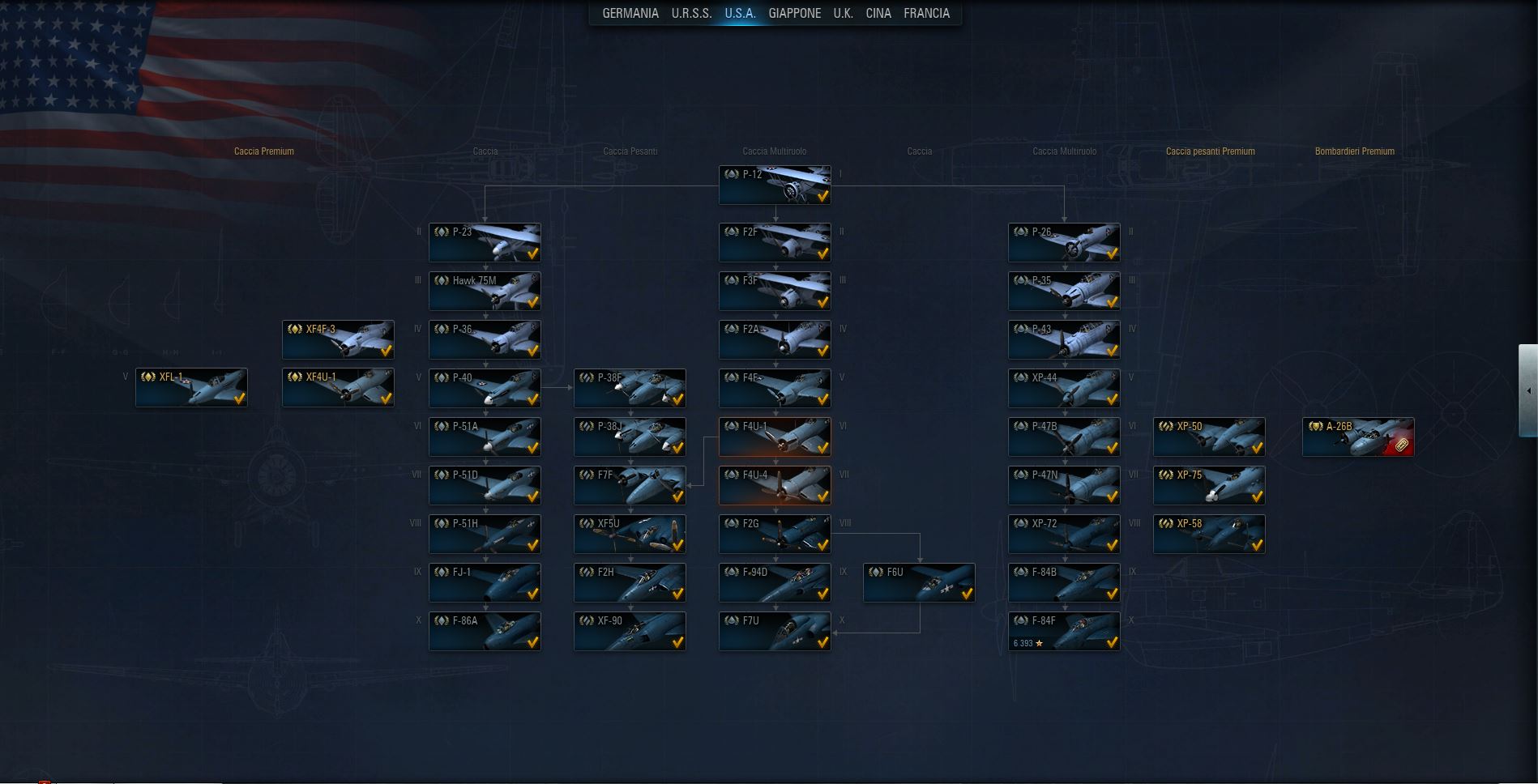 Each nation has its own technology tree that allows the unlocking of aircraft by experience gained during matches. Aircraft classes available are 5: Fighter, Multirule, Heavy Fighter, Assault and Bombers. Each class is in turn divided into Tiers (levels) that can range from one to ten. 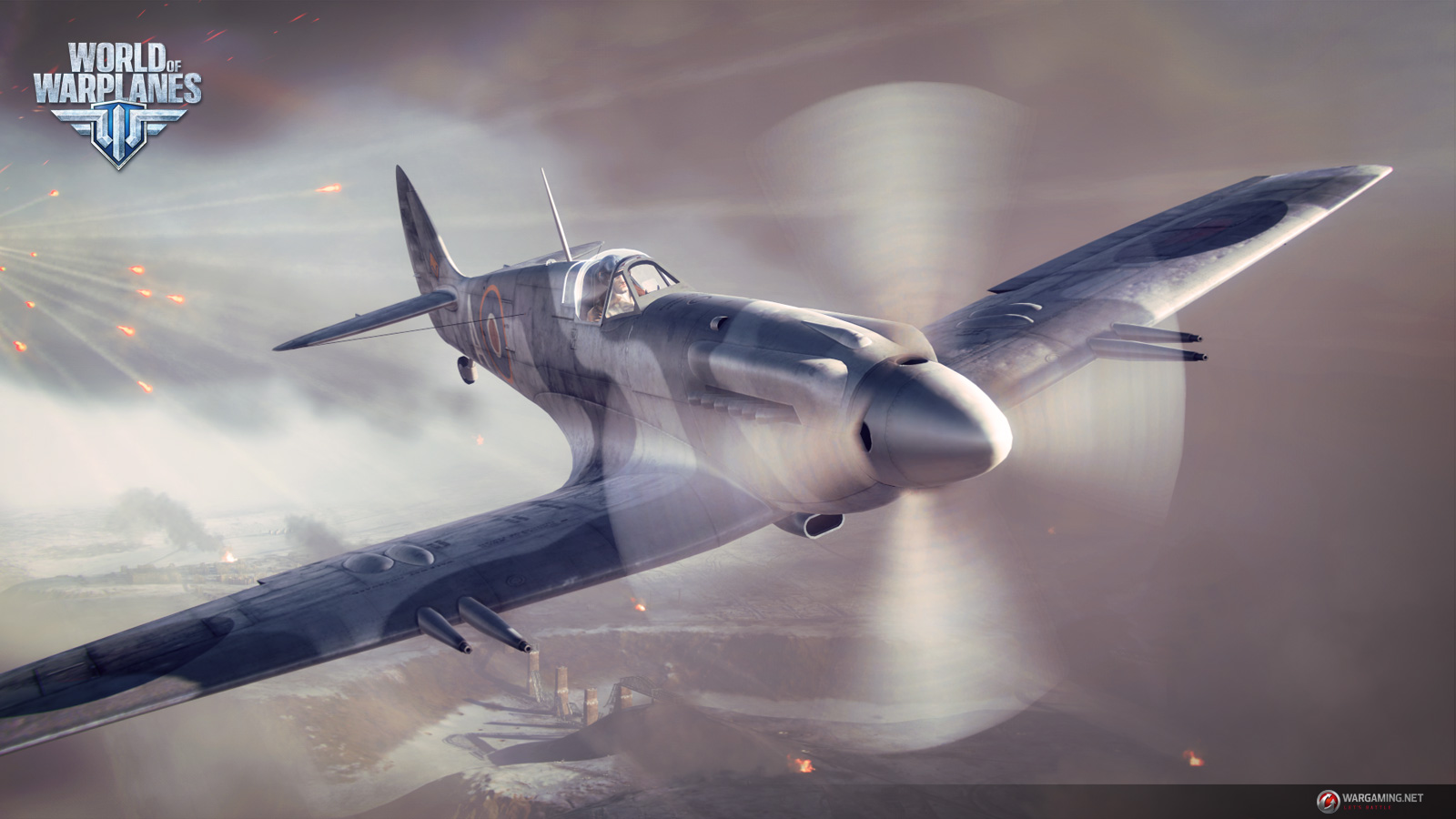 Designed for pure combat, these aircraft offer the greatest variety of tactics to use. The hunters are divided into the following groups according to the nation, the design school, and the combat mode of operation: “boom-and-zoomers” fighter aircraft, “dogfighter” maneuvers. 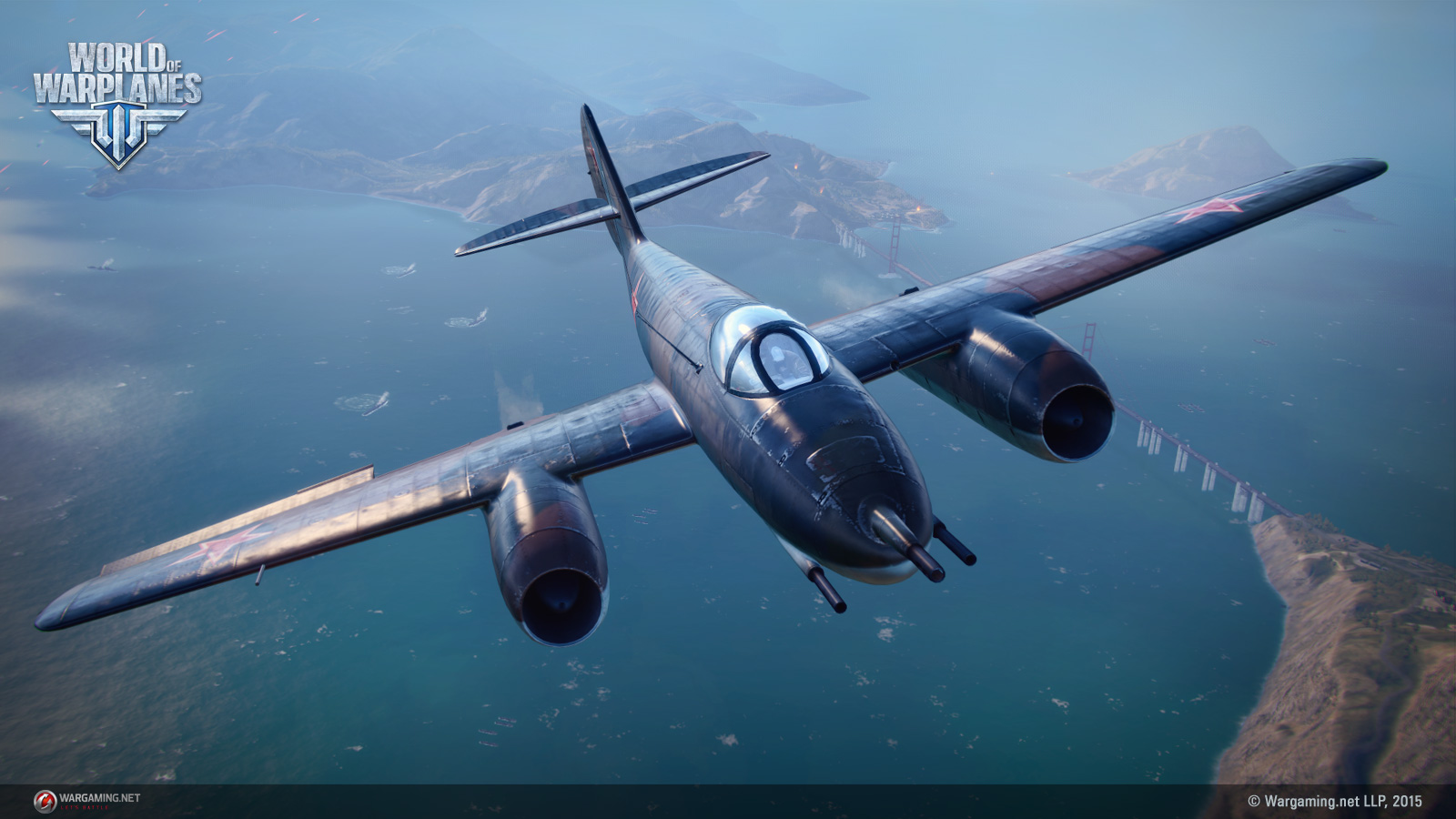 Universal aircraft, designed for a wide range of combat tasks. These aircraft can lead a “dogfighter” or ground attack combat by causing significant damage to the ground targets for their team as they can use large-scale bombs, rockets or guns to attack ground targets. 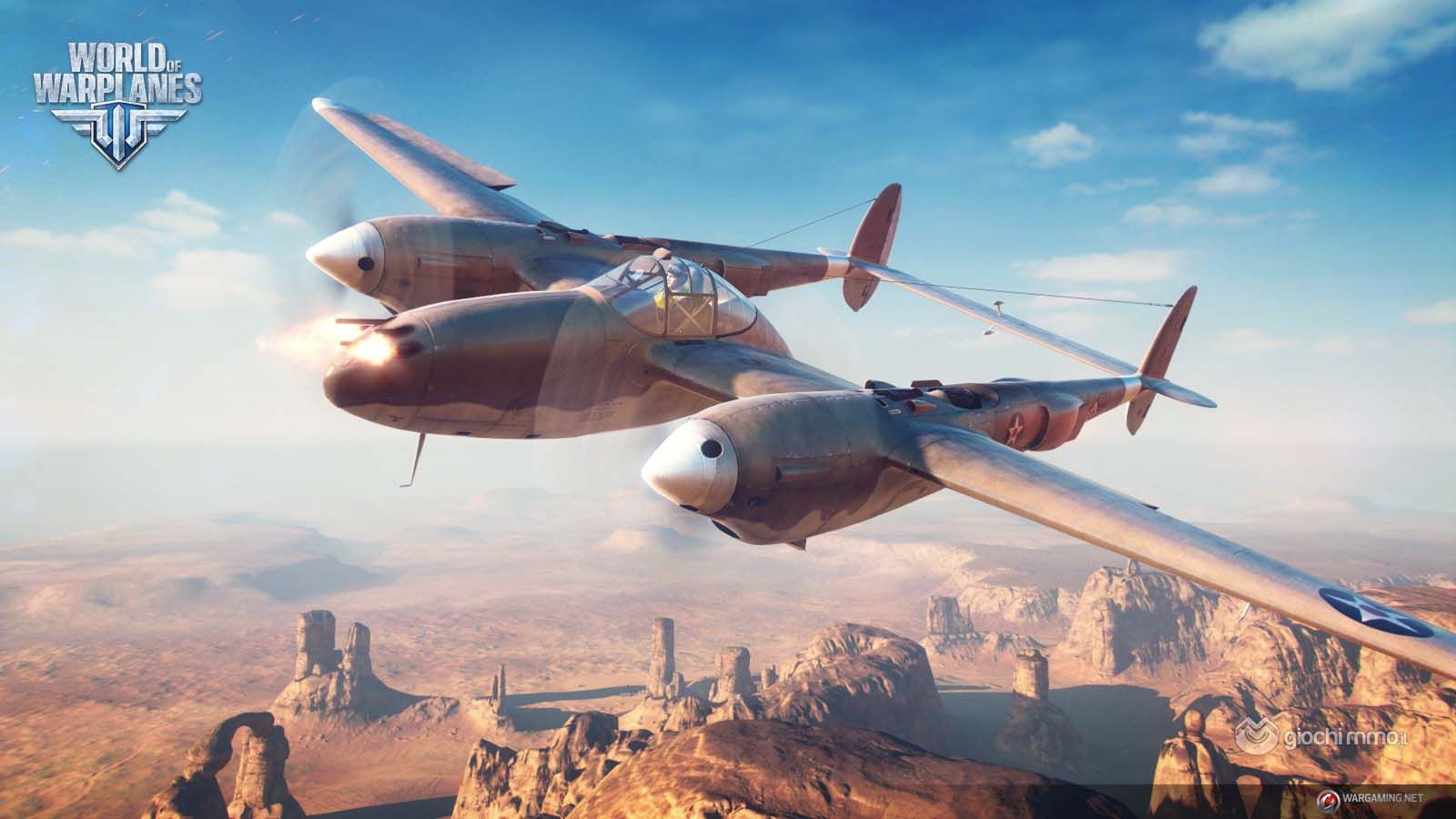 These “fighters” offer the advantages of heavy armor and engine power. Heavy fighters however have little maneuverability and agility, but they are deadly in boom-and-zoomers attacks. They can mount rear defensive machine guns. Some heavy hunting can also be used successfully as a ground attack with the use bombs and rockets. 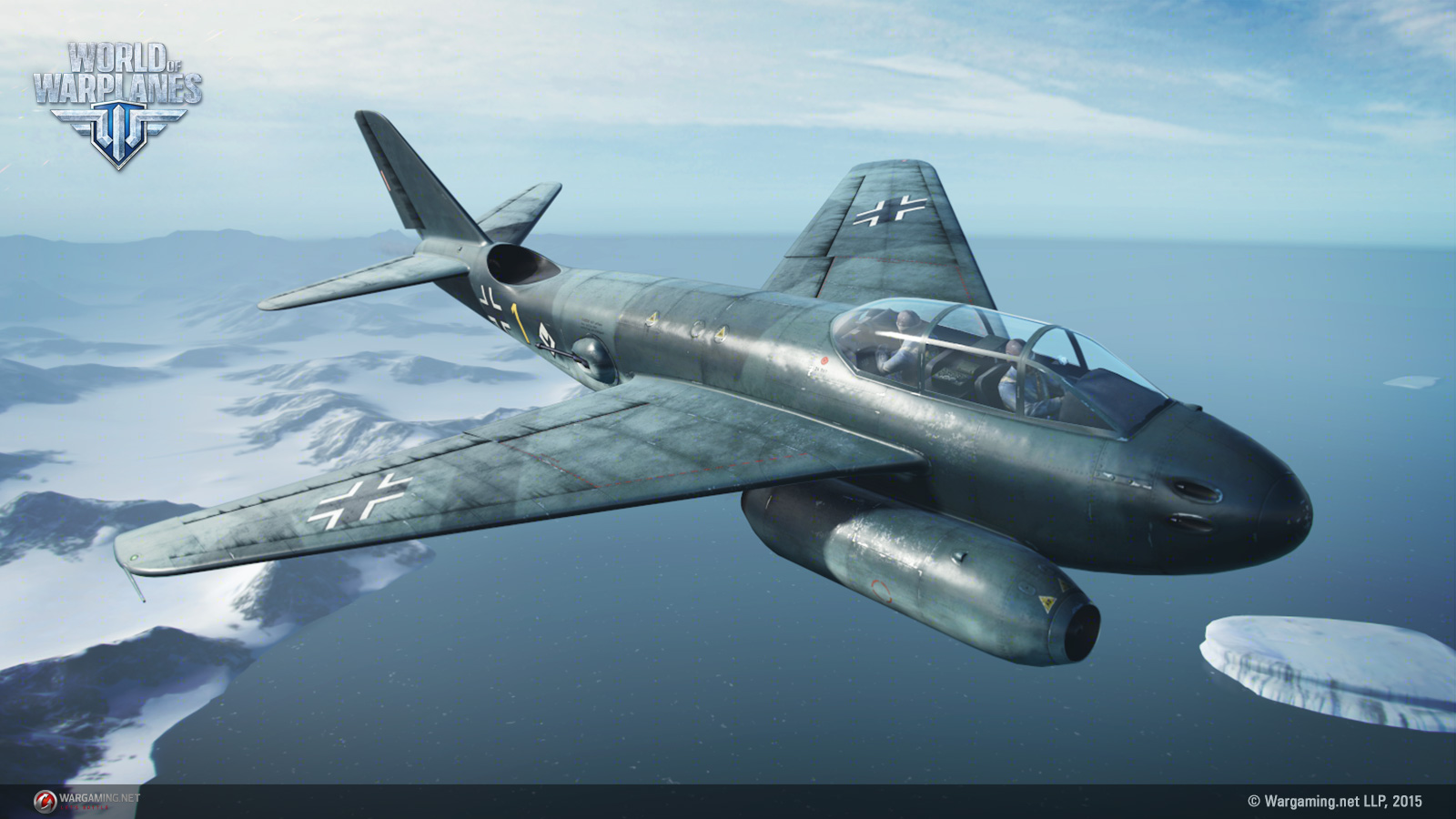 Designed to destroy land targets, these airplanes have the widest range of bombs and rockets with powerful machine guns and cannons of large caliber and a large armor that, however, makes them less agile and therefore easy to hunt for. 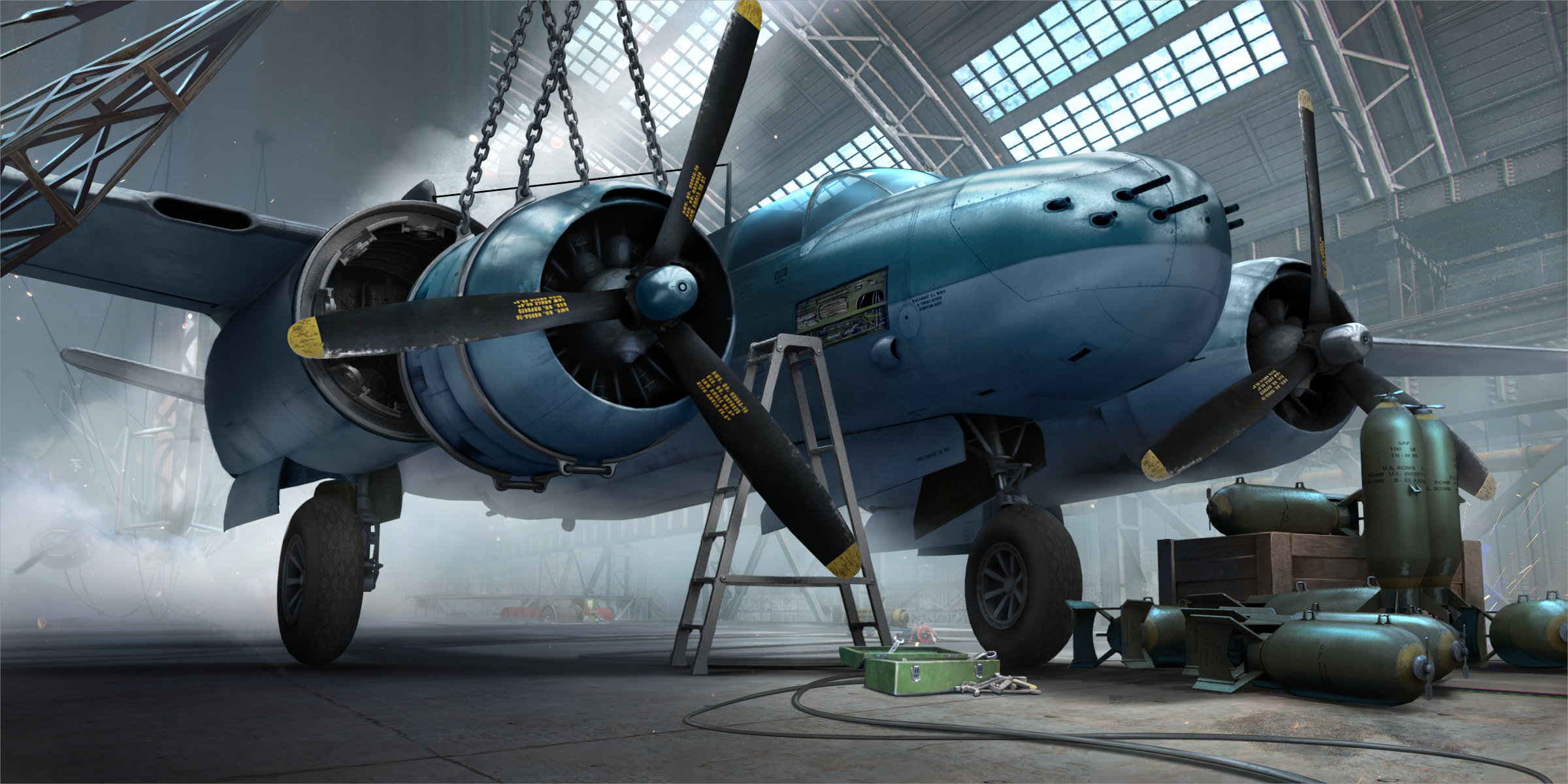 These planes have big engines that allow them to unload their bombs on land targets from a high altitude. 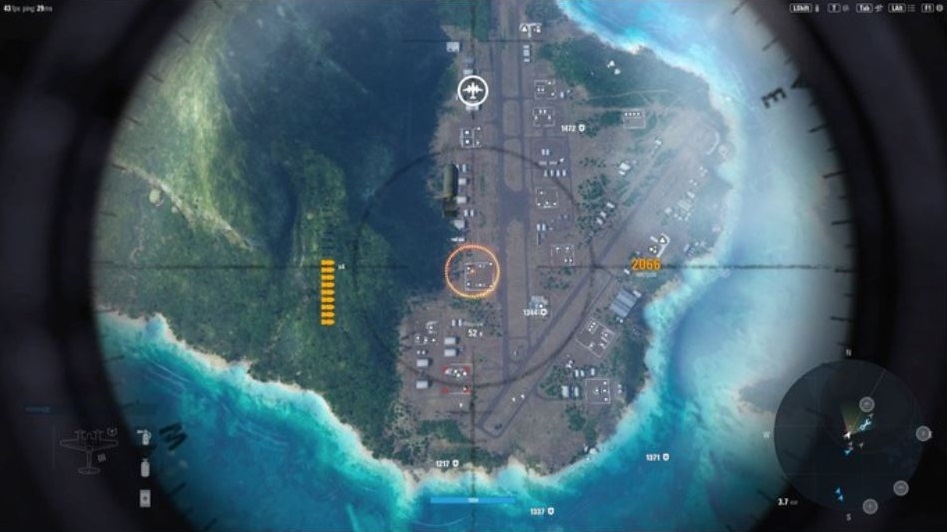 This peculiarity puts them in the shelter of the attack of many hunters, from which they can still defend themselves through the powerful defensive armament. 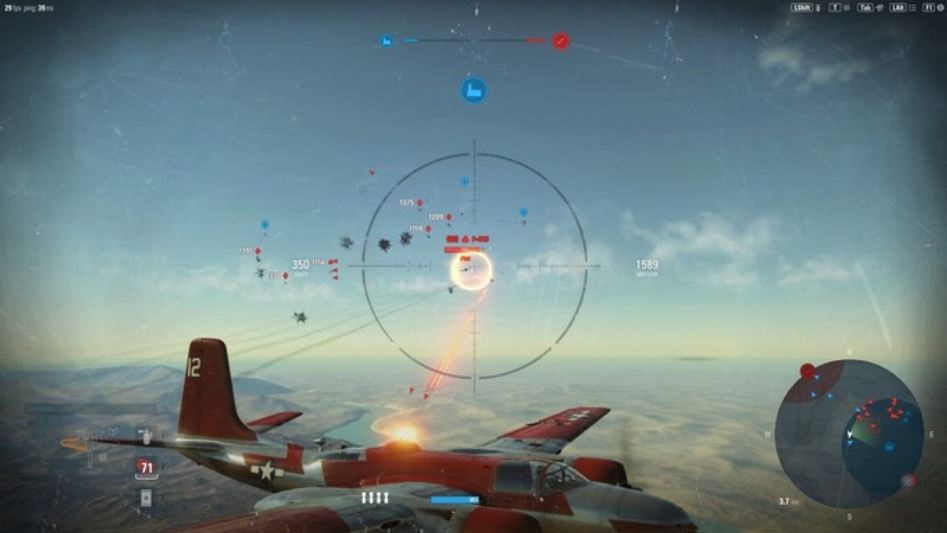 The crew of each plane will gain experience during the battles. When a crew member reaches 100% of primary training, they can learn and develop extra skills that will improve the performance of the aircraft. 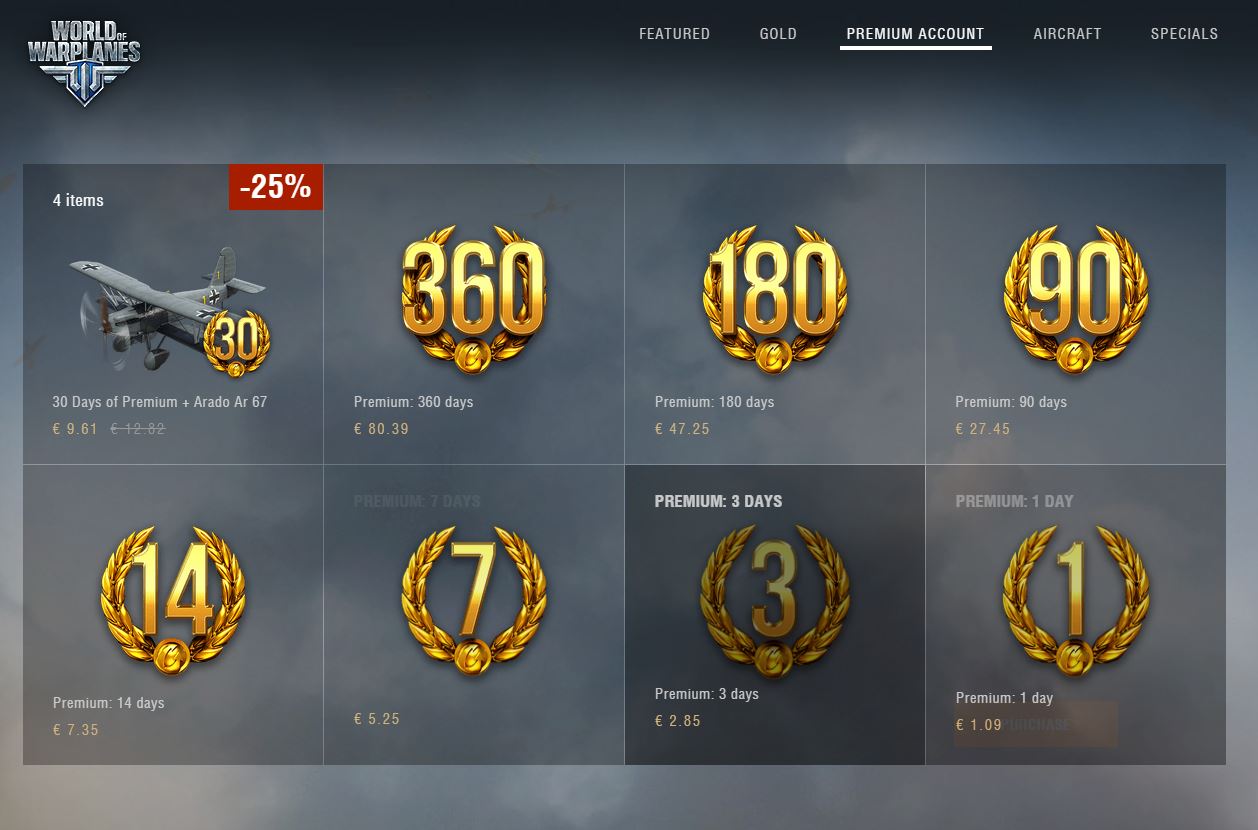 The premium account can be activated through a “gold” expense equivalent to the time for which you want to own the account, ranging from 24 hours to a year. “Gold” can be purchased through a cash expense on the World of Warplanes site. The premium account, compared to the “free to play” account, brings several benefits, including: