World of Tanks is a Massively Multyplayer Online Game Free to Play dedicated to the armored vehicles of the period between World War I and the Cold War period. The graphic level of the different battle scenarios, the detail of armored vehicles, their historical precision and the engaging special effects have made it a “cult” with more than 2,500,000 players around the world. 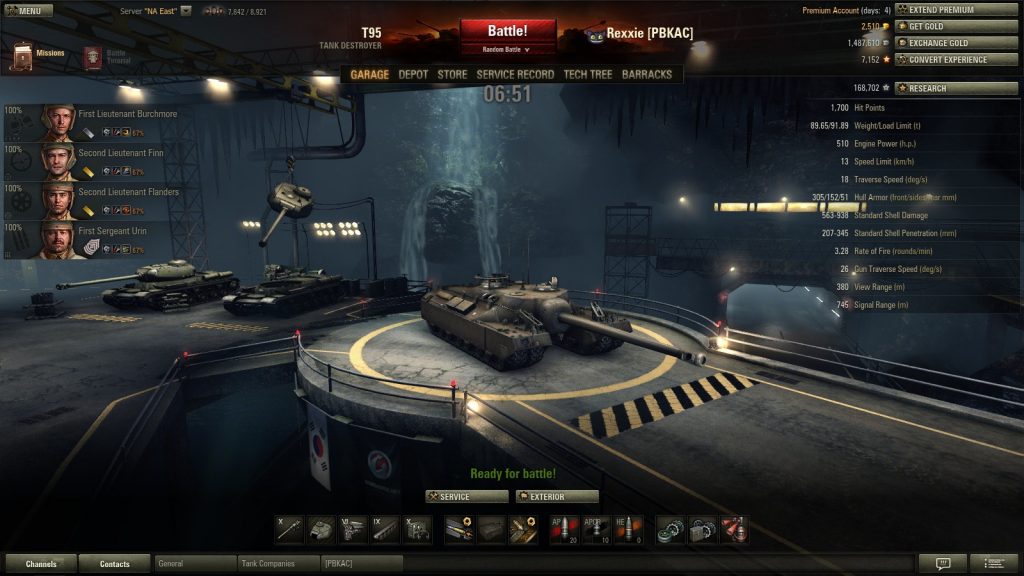 You will be able to modify and strengthen your armored vehicle in the workshop before taking it to the battlefield and immerse yourself in a legendary combat! 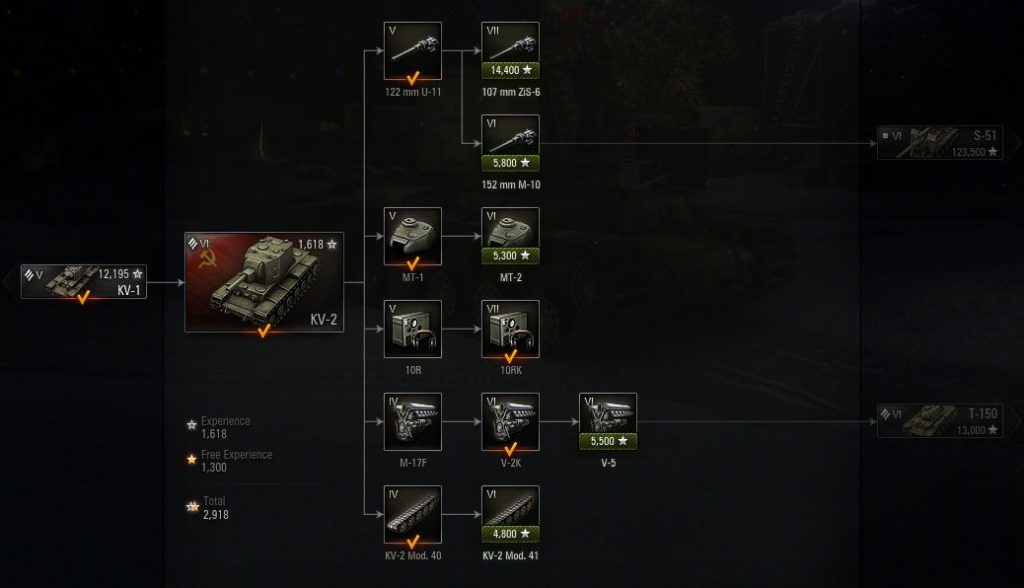 The game is focused on the battles between players divided into two teams that collide in a battlefield, each player commands through his computer’s peripherals his own vehicle and must try to destroy enemy wagons and / or win the opposing base .

The game consists of two teams each with 15 players, the available game modes are:

Each mode can be won by eliminating all enemy tanks or by winning the base of the opponent.

The vehicles present in the game are 336. Part of the vehicles reproduce really existing tanks, developed immediately before, during and immediately after the Second World War, with some exceptions, such as the presence of tanks that have remained prototype and not produced in series or vehicles that have never been realized but only designed or others are only approximated. 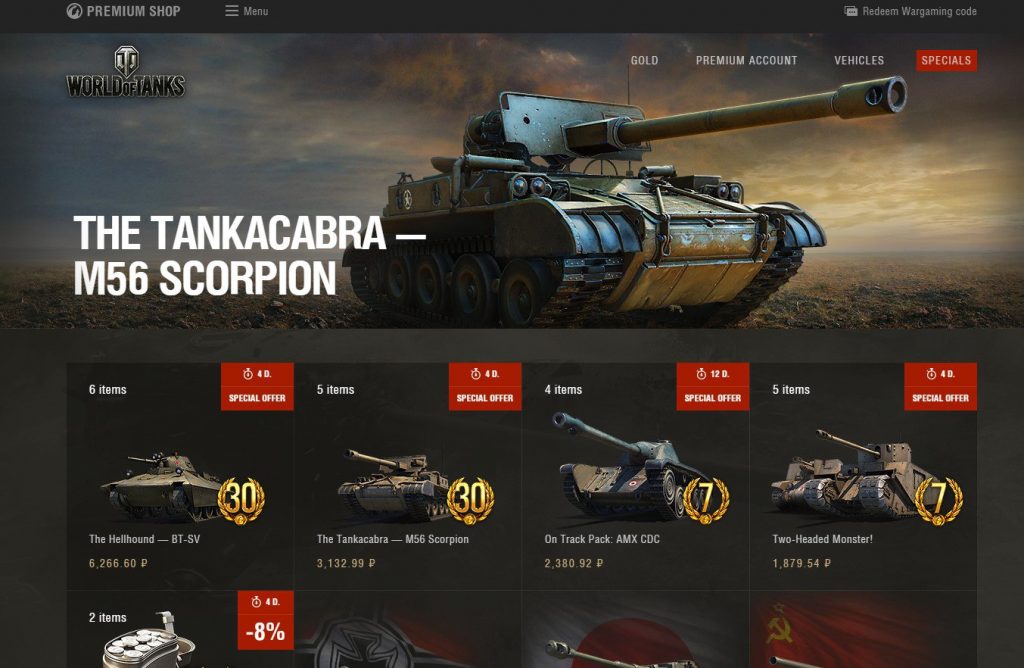 Of the tanks in the game, not all of them are unlockable for free, vehicles called in the game as “premium”, can only be used through their purchase via WOT coin, “Gold” buyable with real money or through missions, activities clan war or e-sports competitions. 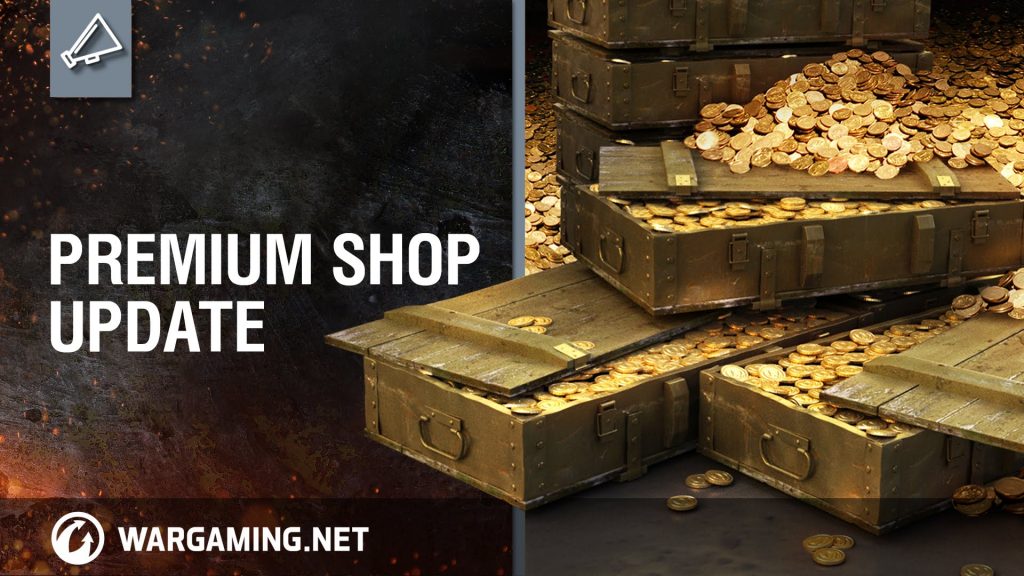 Certain premium tanks are provided by game producers to all members in case of special events or certain users who have achieved significant results in Clan Wars or contest winners promoted by Wargaming. 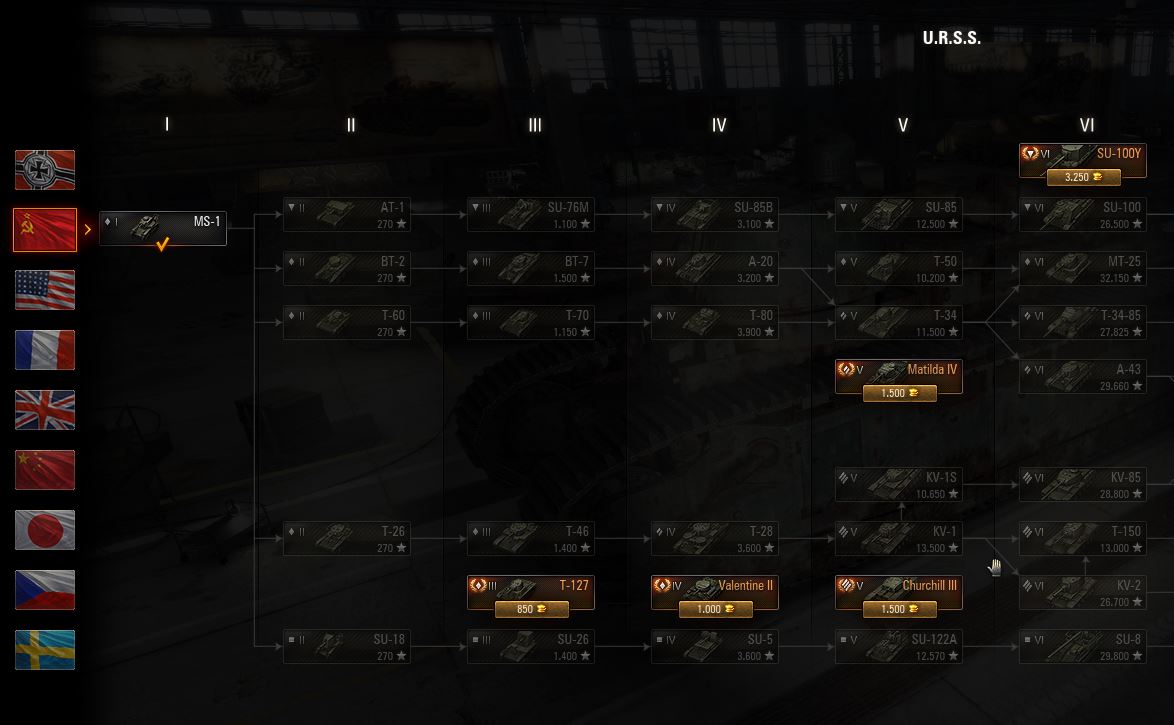 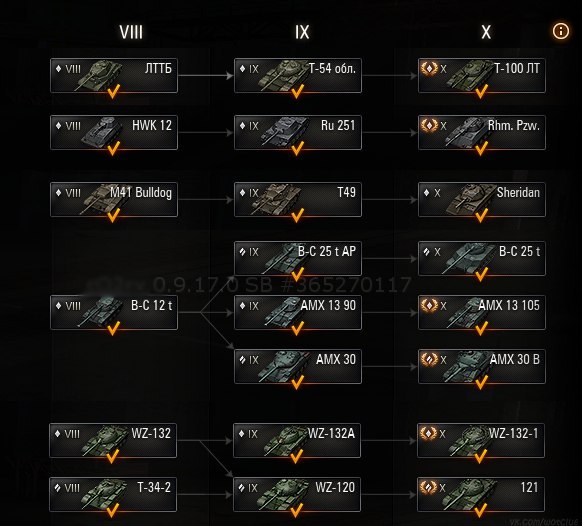 Each nation has its own technology tree that allows the unlocking of wagons through experience gained during matches. Available class classes are 5: light, medium, heavy, hunting and artillery self-propelled. Each class is in turn divided into Tiers (levels) that can range from one to ten. 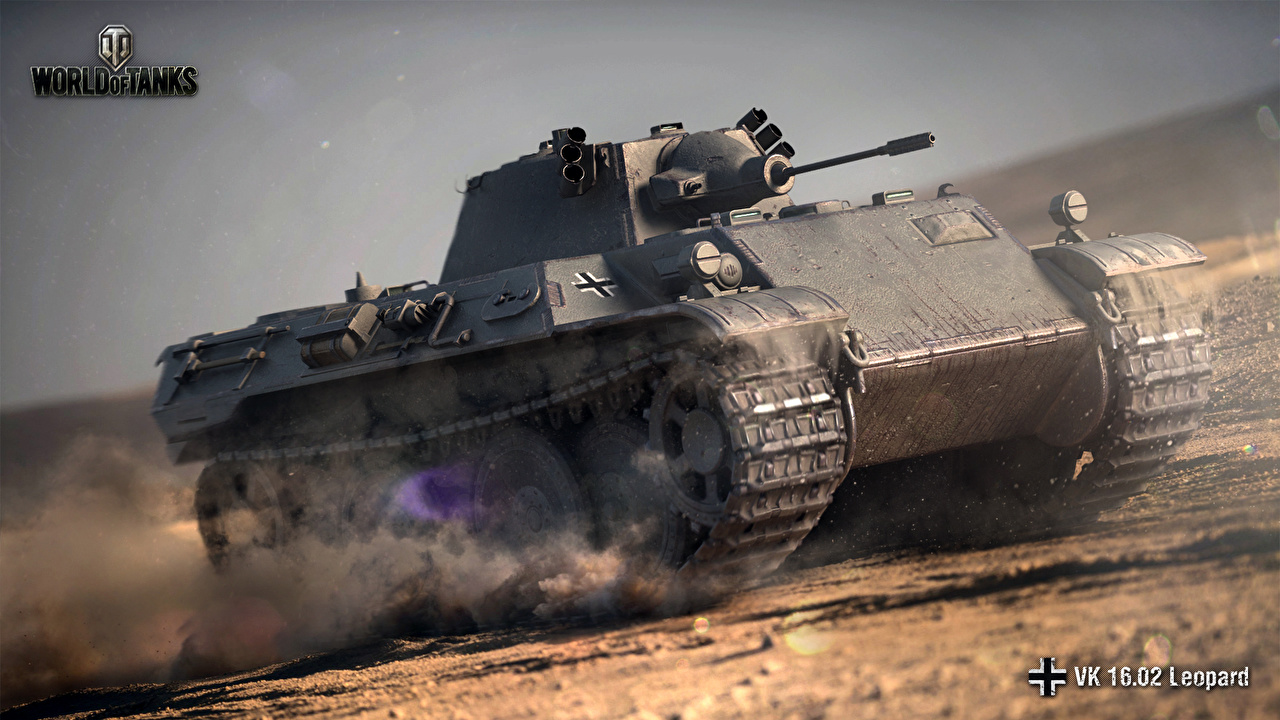 Although the first available vehicles are quite slow, light vehicles are equipped with engines capable of carrying them at great speed in the battlefield and a very high camouflage coefficient. Their main task is to carry out reconnaissance for their team (scouts), more specifically for artillery where they can report the location of targets to be attacked. Other tasks of lightweight vehicles, though more difficult, are to infiltrate enemy lines to damage and destroy enemy artillery and distract heavy vehicles and enemy hunters in order to facilitate the allies in advancing and striking their enemies. They boast, as already said, of greater speeds than the other means but they do not have enough armor or armor to engage combat against heavy and medium armored vehicles. 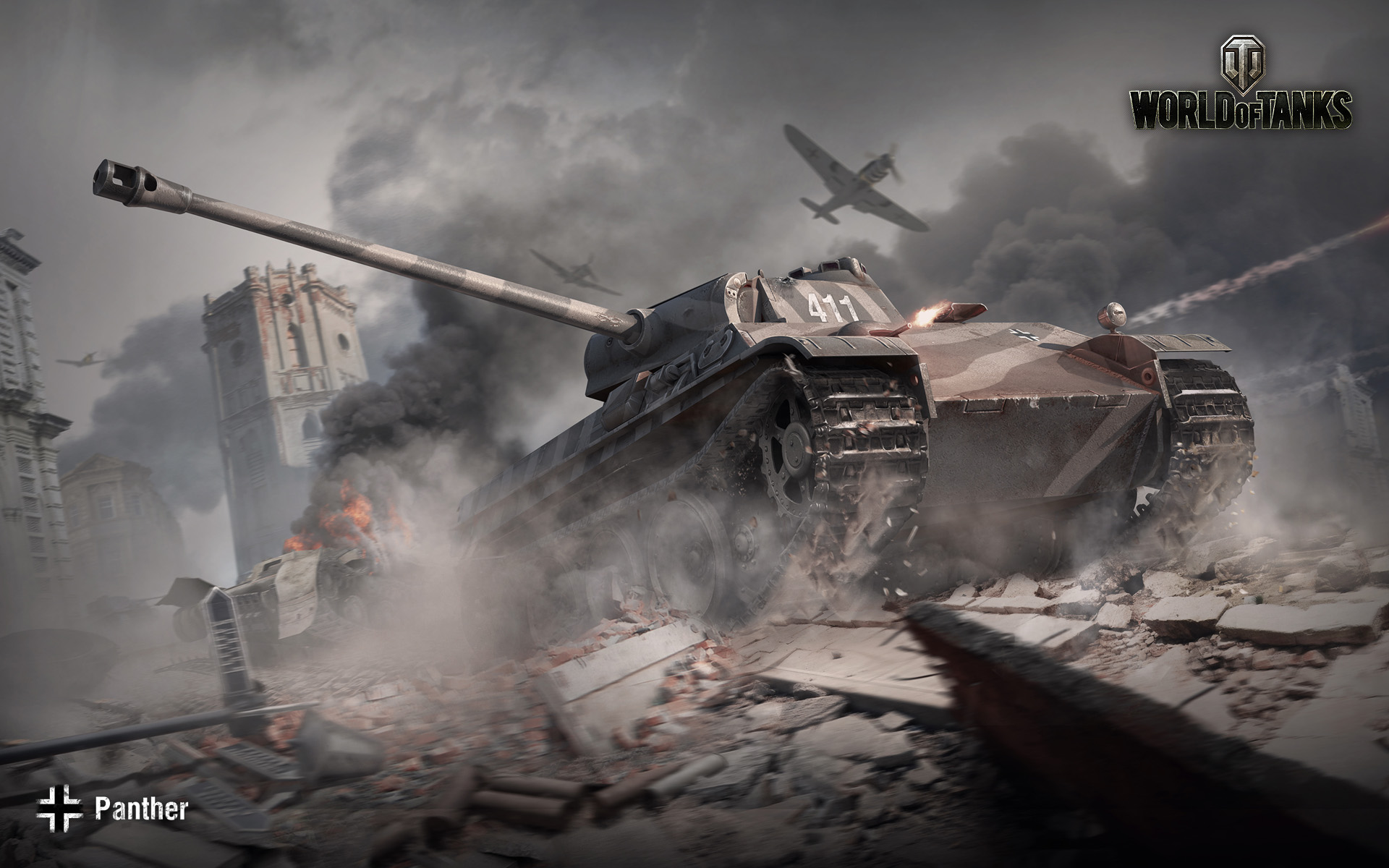 Their main role is to attack the heavily armored heavy armor in groups by leveraging greater agility and maneuverability to hit the hips and rear armor of the target. Unlike lightweight wagons, the average wagons are perfectly able to hire heavily armed and armored targets. In addition, some average wagons, such as the Panzer III / IV, are fast enough and maneuverable to carry out reconnaissance and hunt adversarial artillery behind enemy lines. 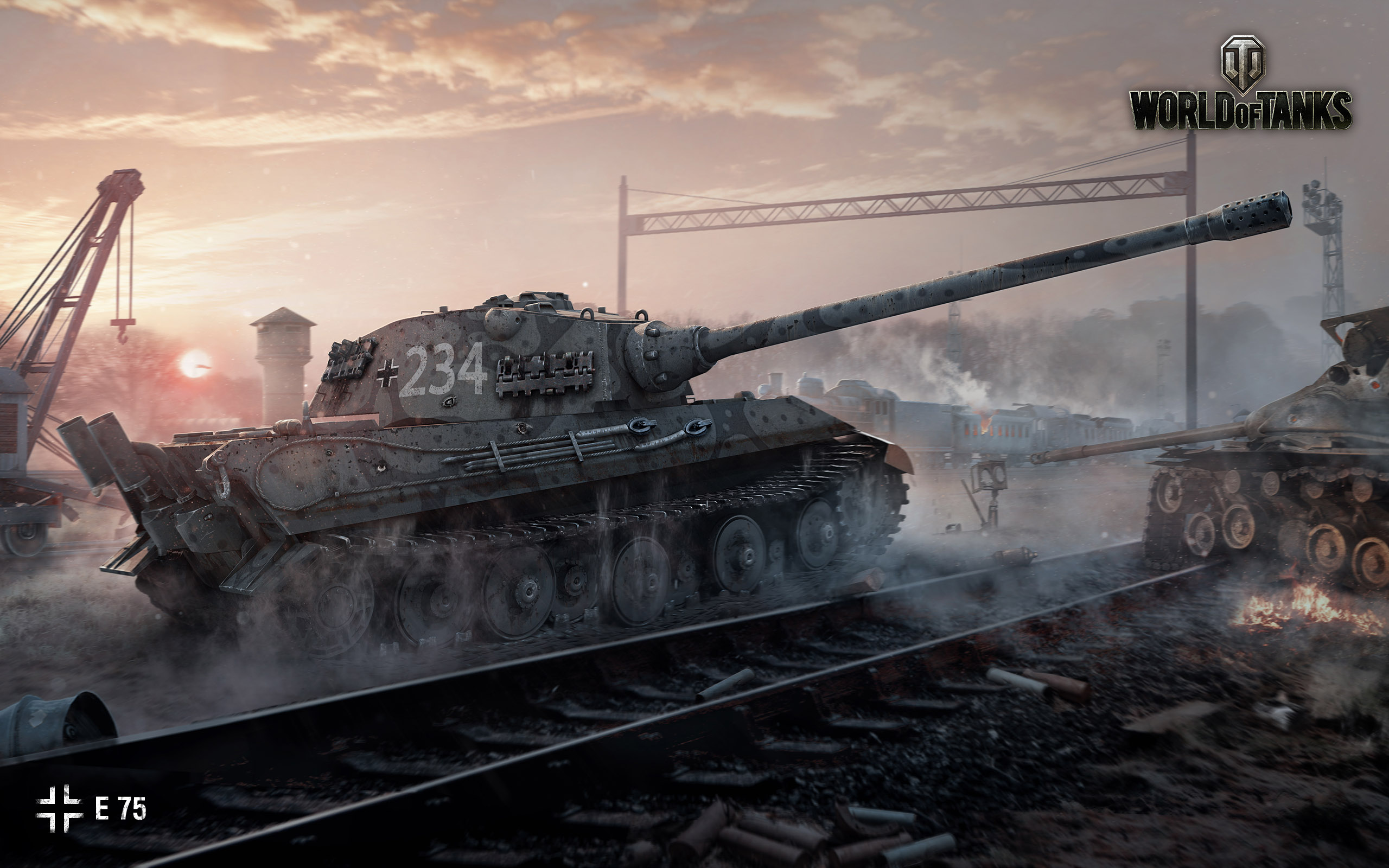 Many consider them the backbone of each team. They have the task of covering the front line, absorbing enemy damage and allowing medium tanks and / or heavy tanks faster to circumvent the enemies while they are concentrated on them. Last but not least, the task of a heavy armor, in the case of agility and speed, is to support a group of middle armor in offensive operations that require rapidity. 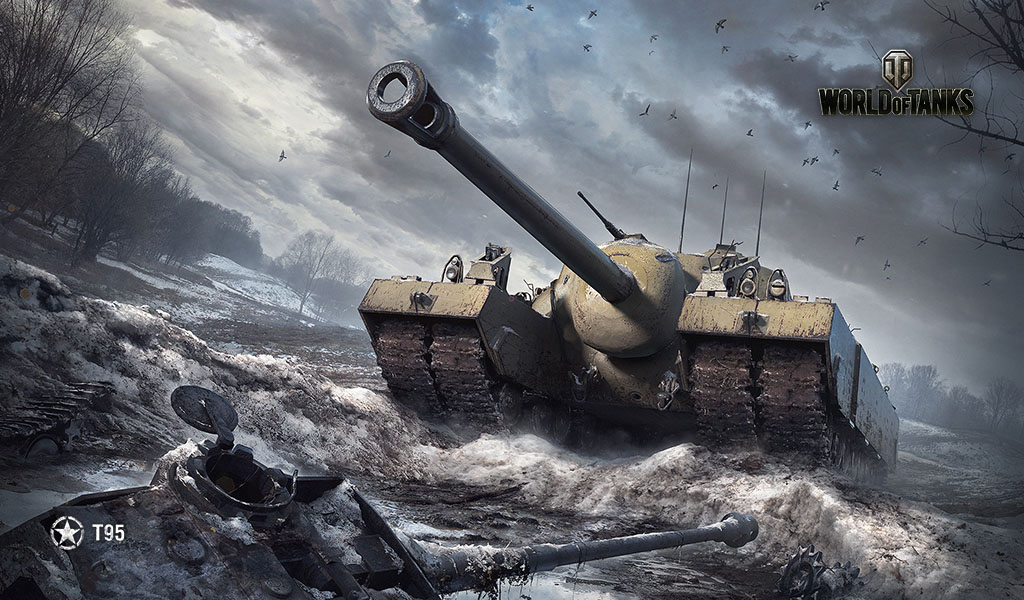 These particular tanks are usually designed starting from regular regular tanks. They have the most powerful direct firearms in the game, however, the power of fire is privileged at the expense of mobility. With the exception of some US, German, and only Chinese hacksaw vehicles, these vehicles are equipped with a fixed turret or have the cannon directly in the hull. The absence of a tower decreases the height and, consequently, the chances of being detected and affected. Usually, they are easy targets for agile and fast tanks that can easily flank them. They are great for striving to find armored vehicles of all kinds. 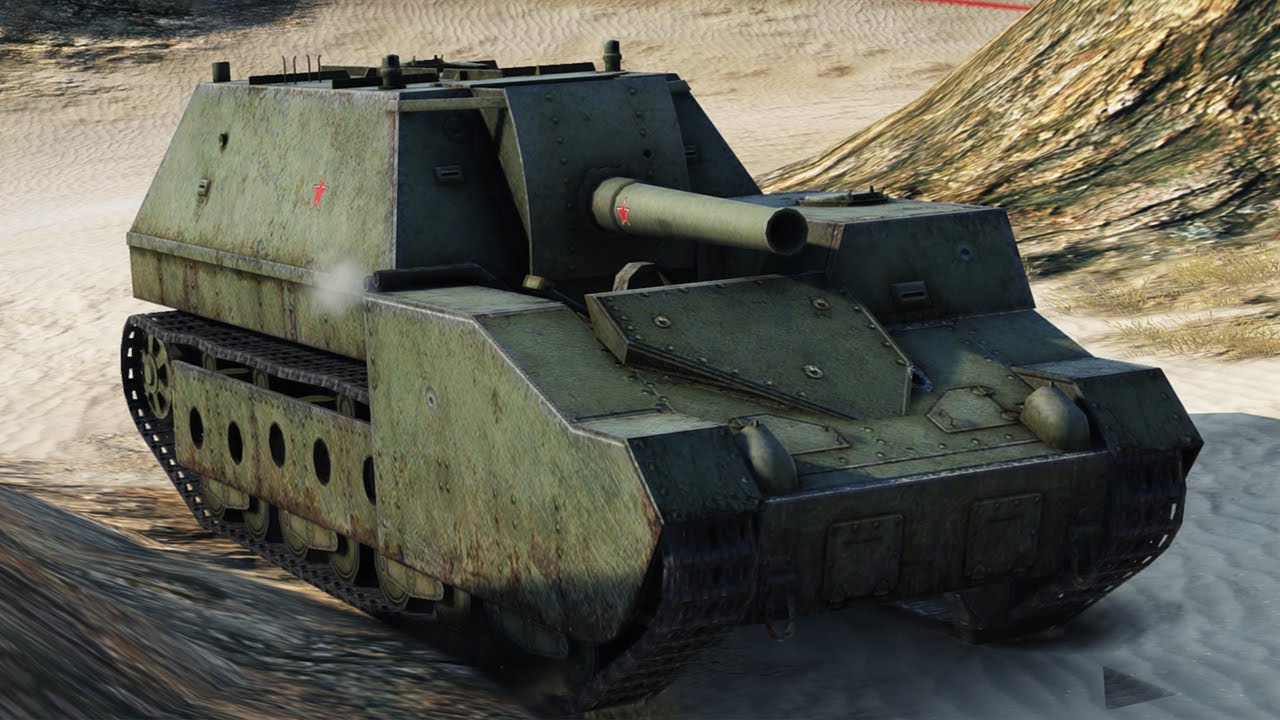 Equipped with artillery cannons, these crawler vehicles have a great strategic value for the team in every battle, mainly because of their ability to hit the target at enormous distances and eluding most of the repairs thanks to the indirect shot. However, their armor is extremely fragile and hence vulnerable to lightweight, lightweight armor attacks. 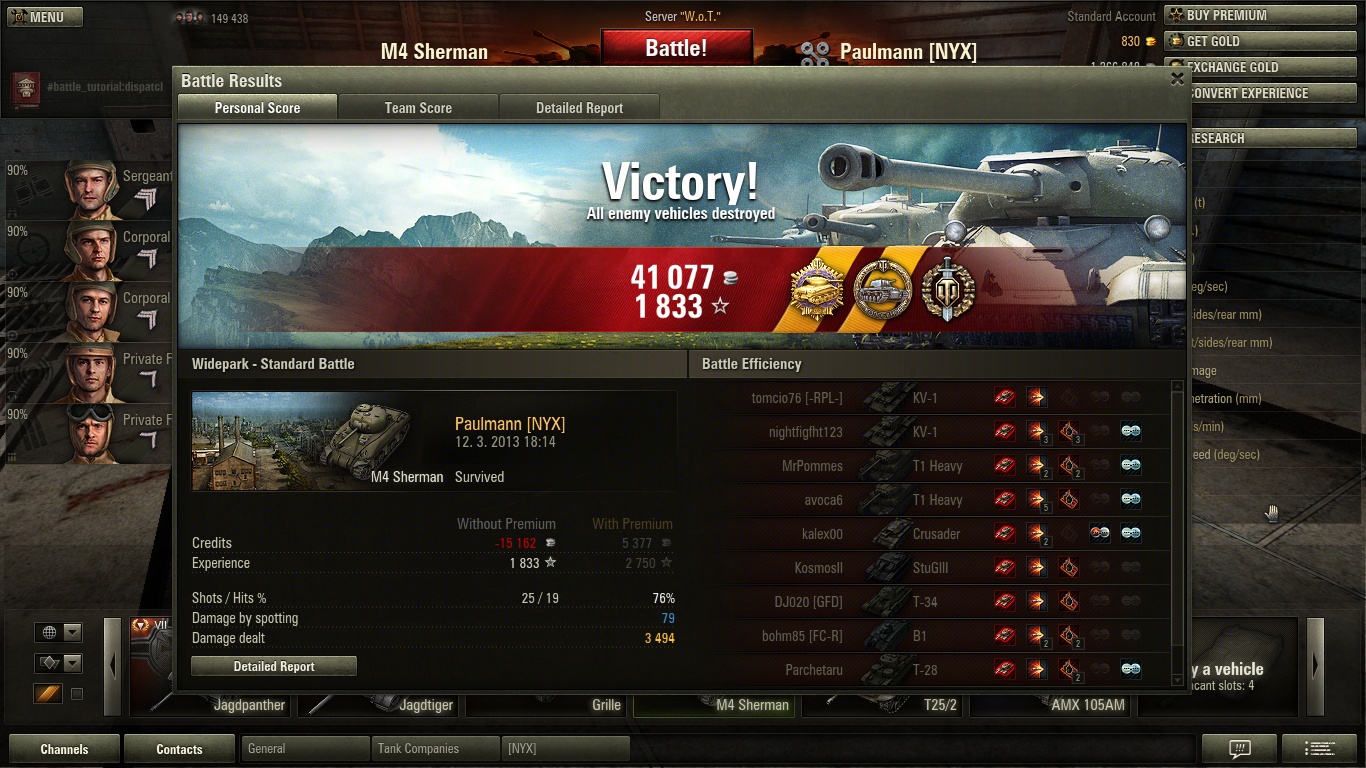 With credits you will be able to buy the unlocked components, repair their medium after each battle in case they are hit or destroyed (as it is impossible to take part again in a battle with the wrecked or damaged tank), refuel ammunition, buy new tanks , special or consumable components.

Both credits and experience will be given as a reward at the end of each battle, based on many factors that can determine the increase, among which are:

If the player turns out to be wrong with his team, he will receive a penalty in both the credits obtained and the experience, if the player, for example, hits or kills a member of his team; this, in addition to lowering the final reward, will also cause multiple reports from their teammates via the “complaint” option. Additionally, if a player frequently injures or kills allies, the indicator (icon illustrating the username, health and type of tank), usually green, will become blue, and may also be destroyed by allies without any consequences. 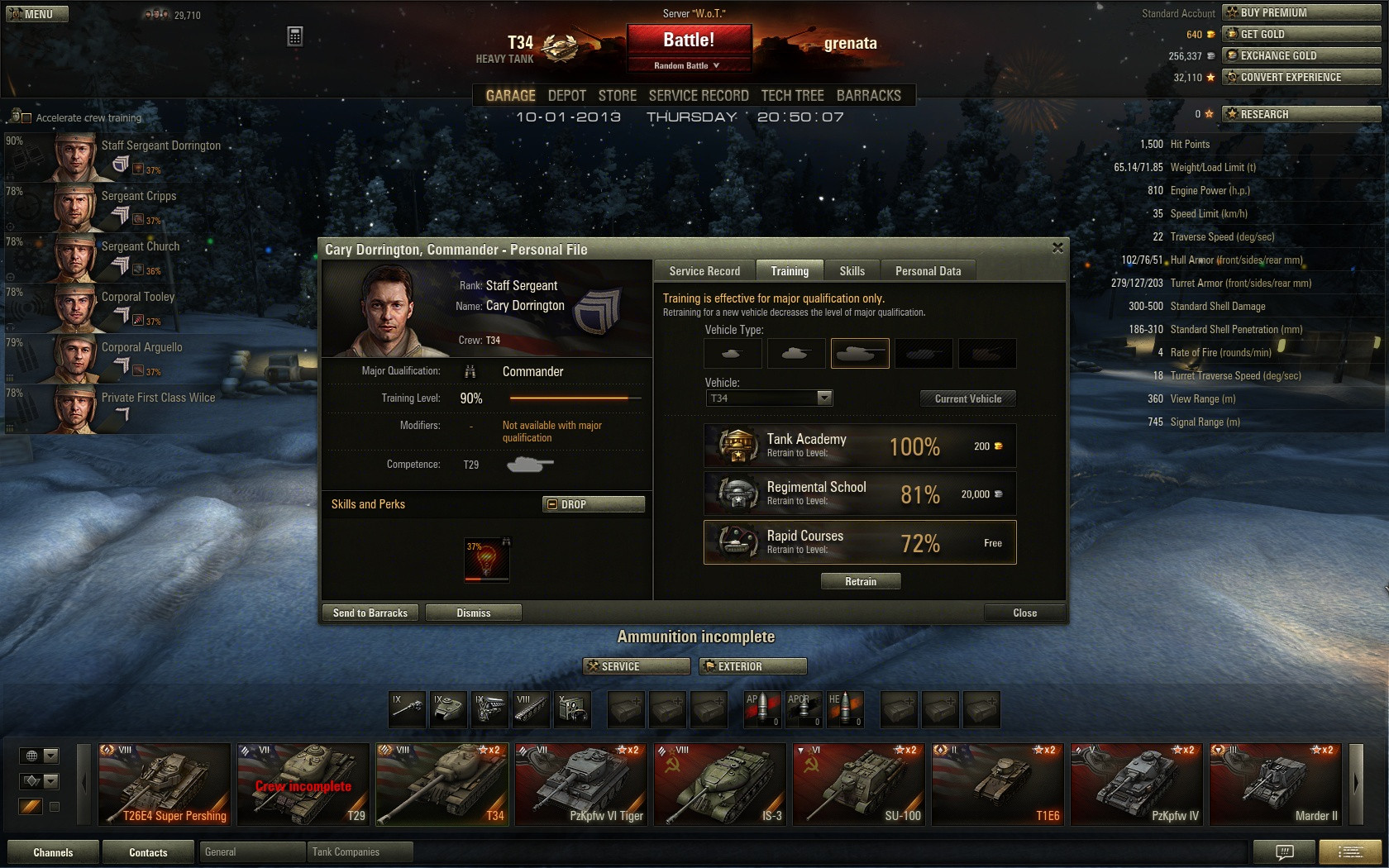 The crew of each tanks will gain experience during the battles. When a crew member reaches 100% of primary training, they can learn and develop extra skills that will improve the performance of the tank. 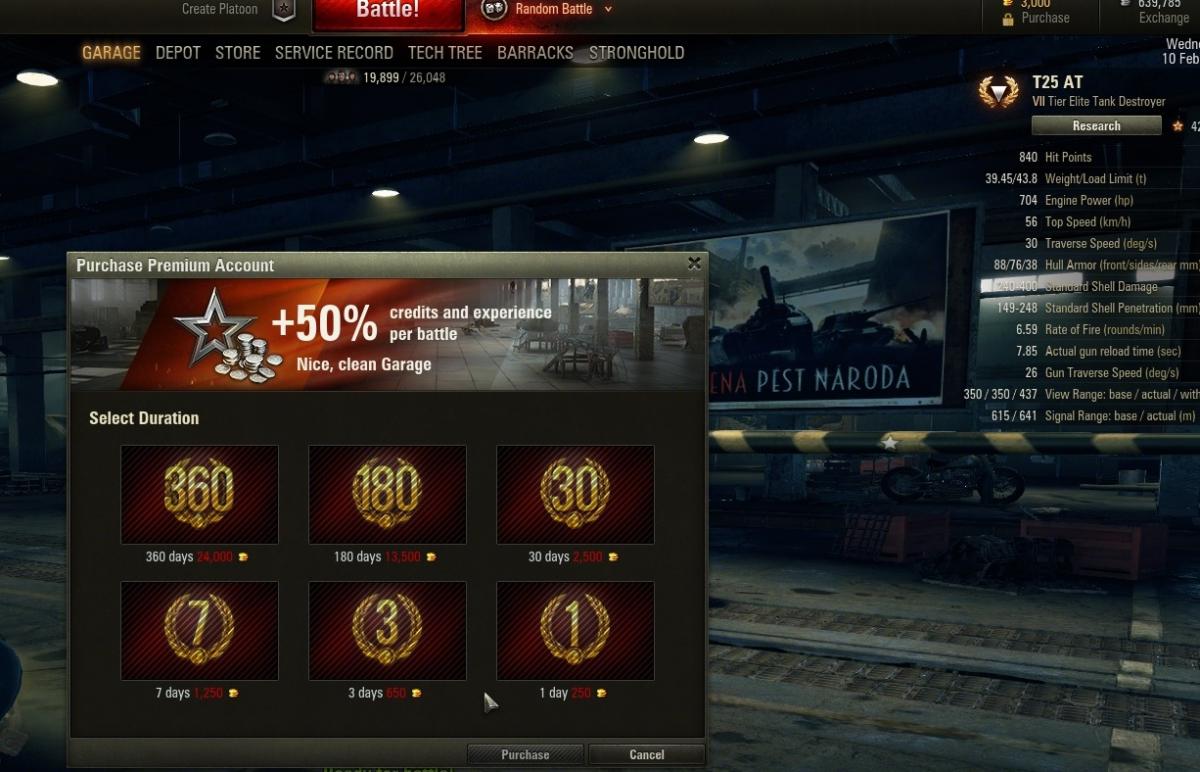 The premium account can be activated through a “gold” expense equivalent to the time for which you want to own the account, ranging from 24 hours to a year. “Gold” can be purchased through a cash expense on the World of Tanks site. The premium account, compared to the “free to play” account, brings several benefits, including:

Within the game you can take part in a casual battle forming a platoon composed of two or three members, without any limitation on the level and type of tank to choose from. However, it will be the vehicle with the highest level to determine the level of opponents that will be faced, except for the use of vehicles belonging to the “light” category that can collide with tanks up to three levels above them.

The carriage company can be created by any player. The tank company plans to form a whole team to fight another company of the same level. There are four types of companies and each is limited to a maximum level consisting of tanks and a maximum number of classes for each tank: