Apache Air Assault is a Massively Multiplayer Online strongly oriented to simulation but does not disdain the action phases and even suggests sixteen missions set in the imaginary scenarios of Tarzistan, Salcedo and the People’s Republic of Lualia. 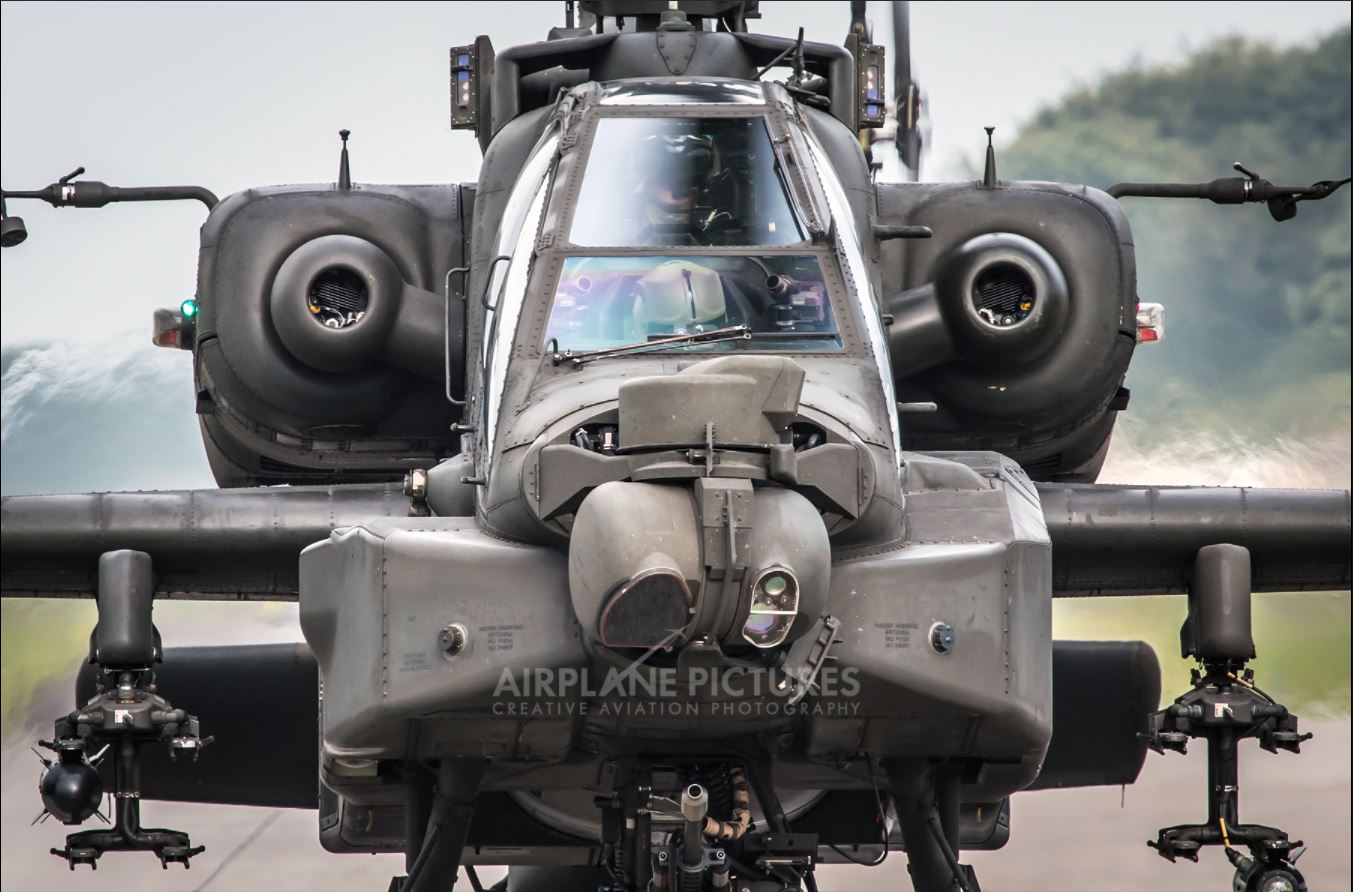 These are locations characterized by the presence of mountains, plains and shores, with impressive landscapes (thanks to the excellent lighting system) on the surface of which are only interchangeable objects. From this point of view, the difference between Apache and the recent Tom Clancy’s H.A.W.X. 2, for example, is clear: in the Ubisoft product, tessellation and the implementation of GeoEye technology allow reproduction of very detailed landscapes, but the evidence of the facts turned out to be “postcards” with which there is no way to interact. 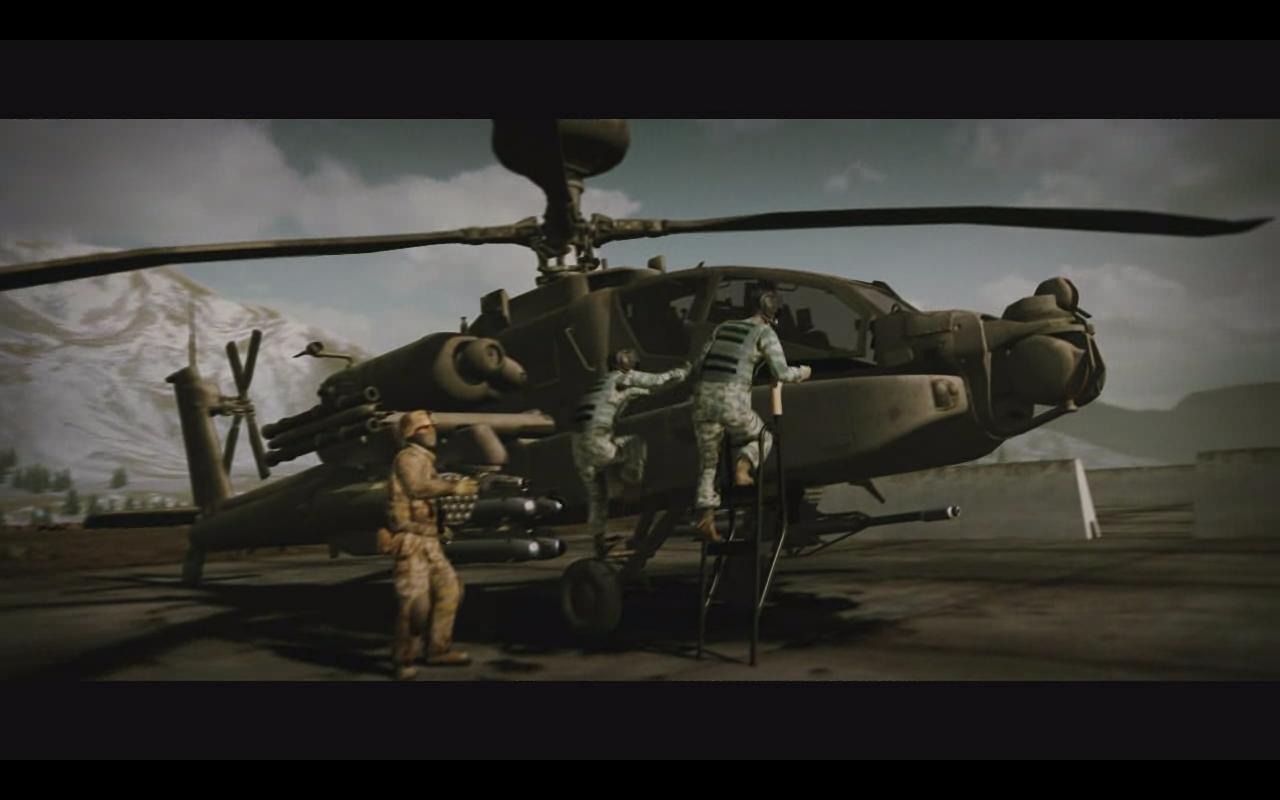 In the product of Gaijin Entertainment things work differently, and so the weapons can pull down trees, buildings and anything else during the action. The price to be paid for such a thickness translates into an unusually wide visual horizon, sometimes hidden by portions of the scenery, but ultimately of great impact.

The simulation component in Apache: Air Assault is predominant, at least as far as vehicle control is concerned; and it is somewhat difficult to digest, in certain breaches. Before starting the game, you can select the “training” style to get a more arcade experience, with the helicopter moving without big problems, but which, in contrast, reacts in no way to our inputs, putting us in trouble especially when attacking the enemy fire. 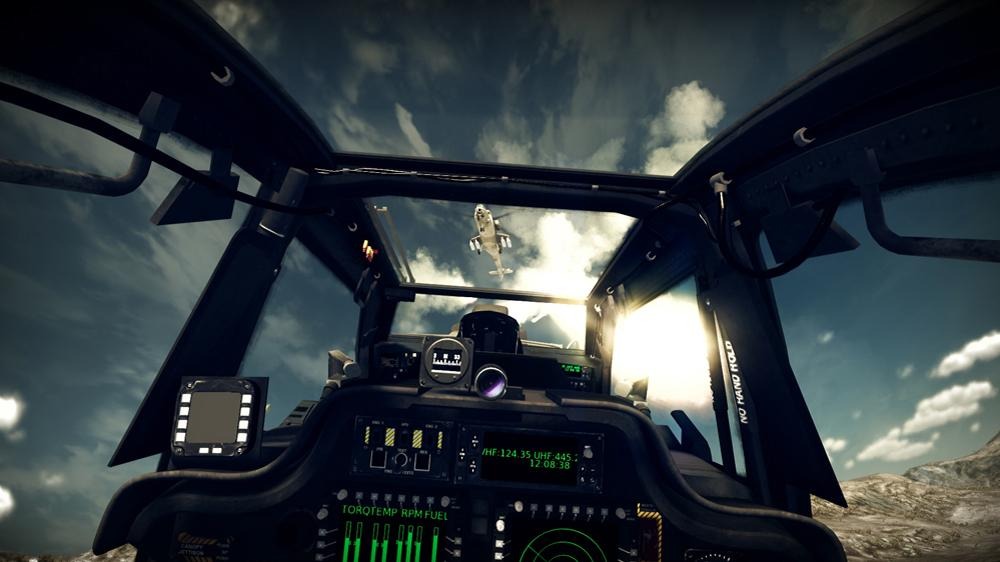 The “realistic” style allows us to have faster reaction times and a total control of the vehicle, provided we have to carefully measure the maneuvers and accept a certain degree of difficulty even for the most banal moves. The construction of the game is perhaps permissive with regard to the contact with the surfaces, but in general the physics represented on the screen is plausible and impetuous, placing clear obstacles to our raids, especially the “targeted ones”. 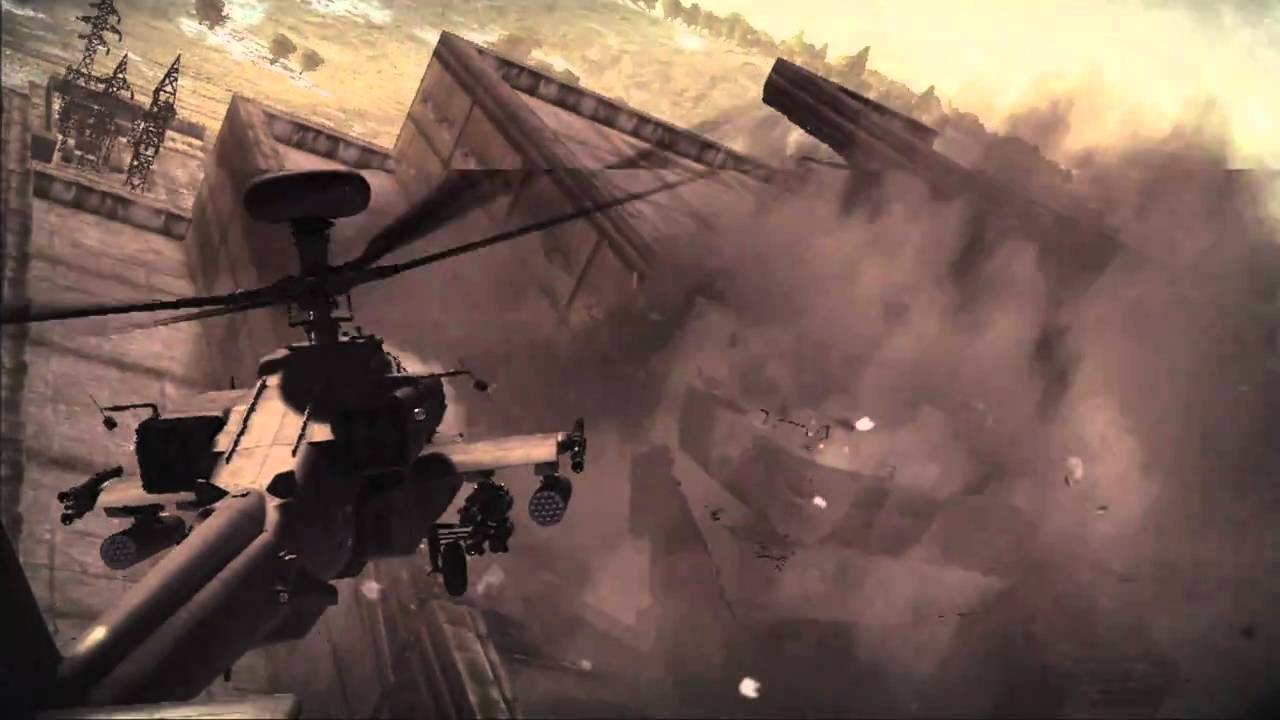 Fortunately, the combat system provides an automatic flight mode that stabilizes the helicopter and gives us the ability to move virtually to the cannon. At that point, with a first-person view, the ability to zoom in and activate an infrared viewer, destroying the targets will become a much simpler and fun task. 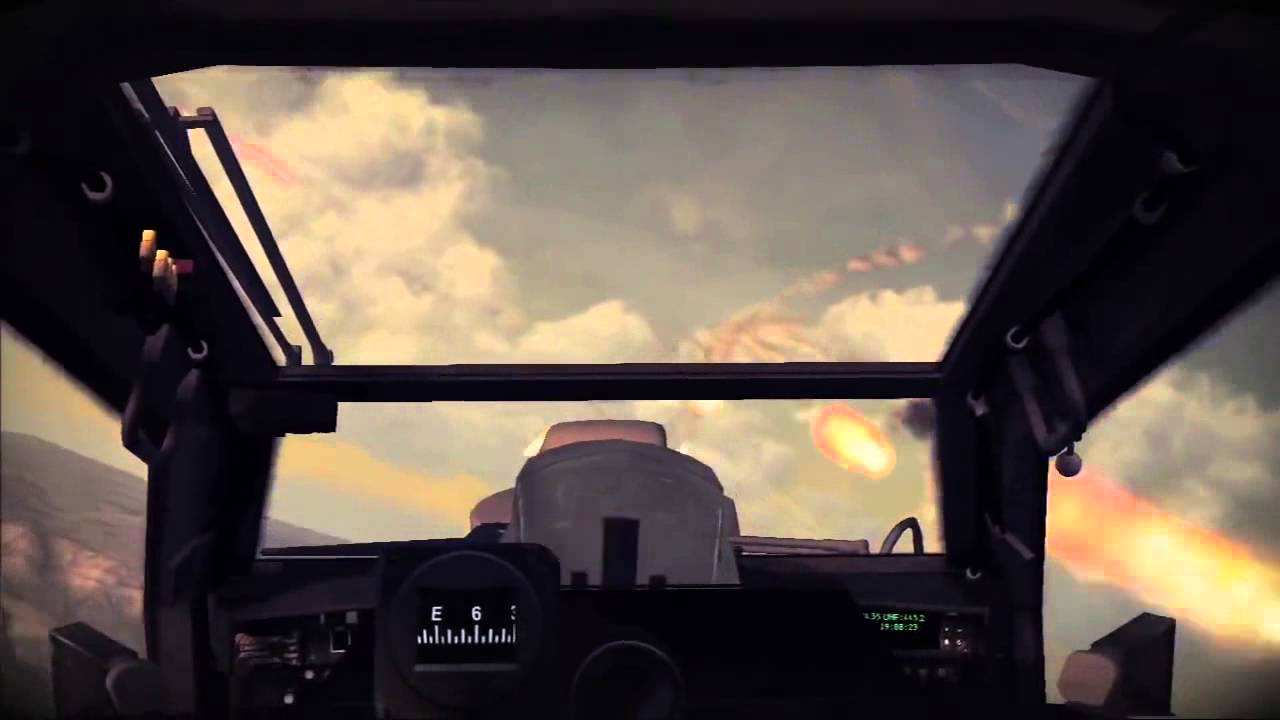 Pending immediate resumption of vehicle control when the radar signals the arrival of a missile at our address! Even so, however, there is a relative permissiveness: the enemies have a bad ambition and therefore will not be able to focus on the first shot, while the helicopter shield can withstand at least two or three attacks of a certain magnitude.

If Gaijin Entertainment developers have been particularly concerned about vehicle physics, designing a complex control system that can give you great satisfaction, the same can not be said of the single player campaign. 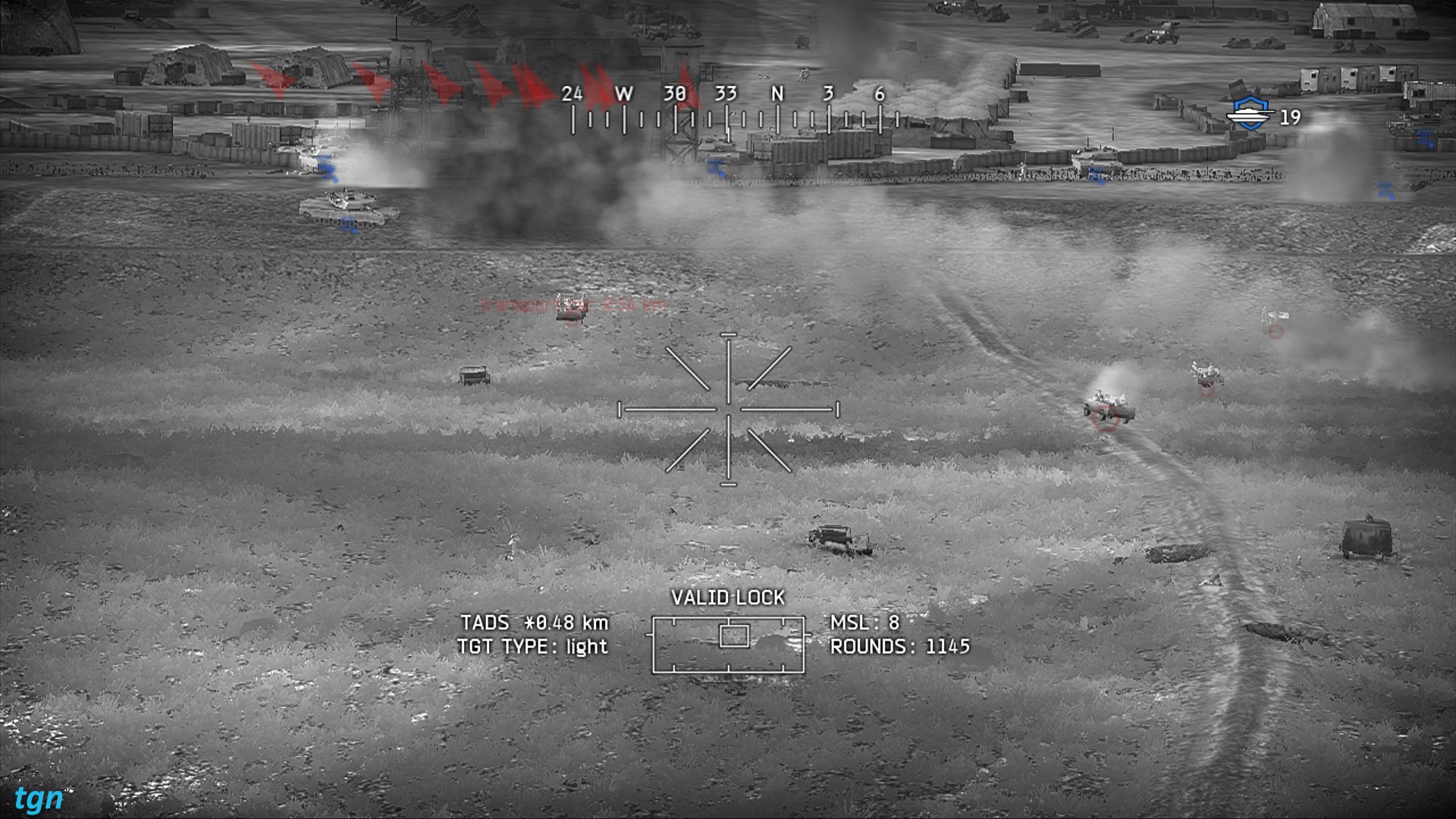 Beyond the quality of the scenarios, missions are not supported by a narrative background at the height of the situation, and their structure is limited to three variants that often see us moving from point A to point B to the purpose to destroy enemy units (whether stationary or on the move) or to protect the allies. Taking our hands with the controls, getting into assault maneuvers and destroying anything on our way turns out to be fun, but in our opinion a more artistic direction would certainly have benefited the entire experience. 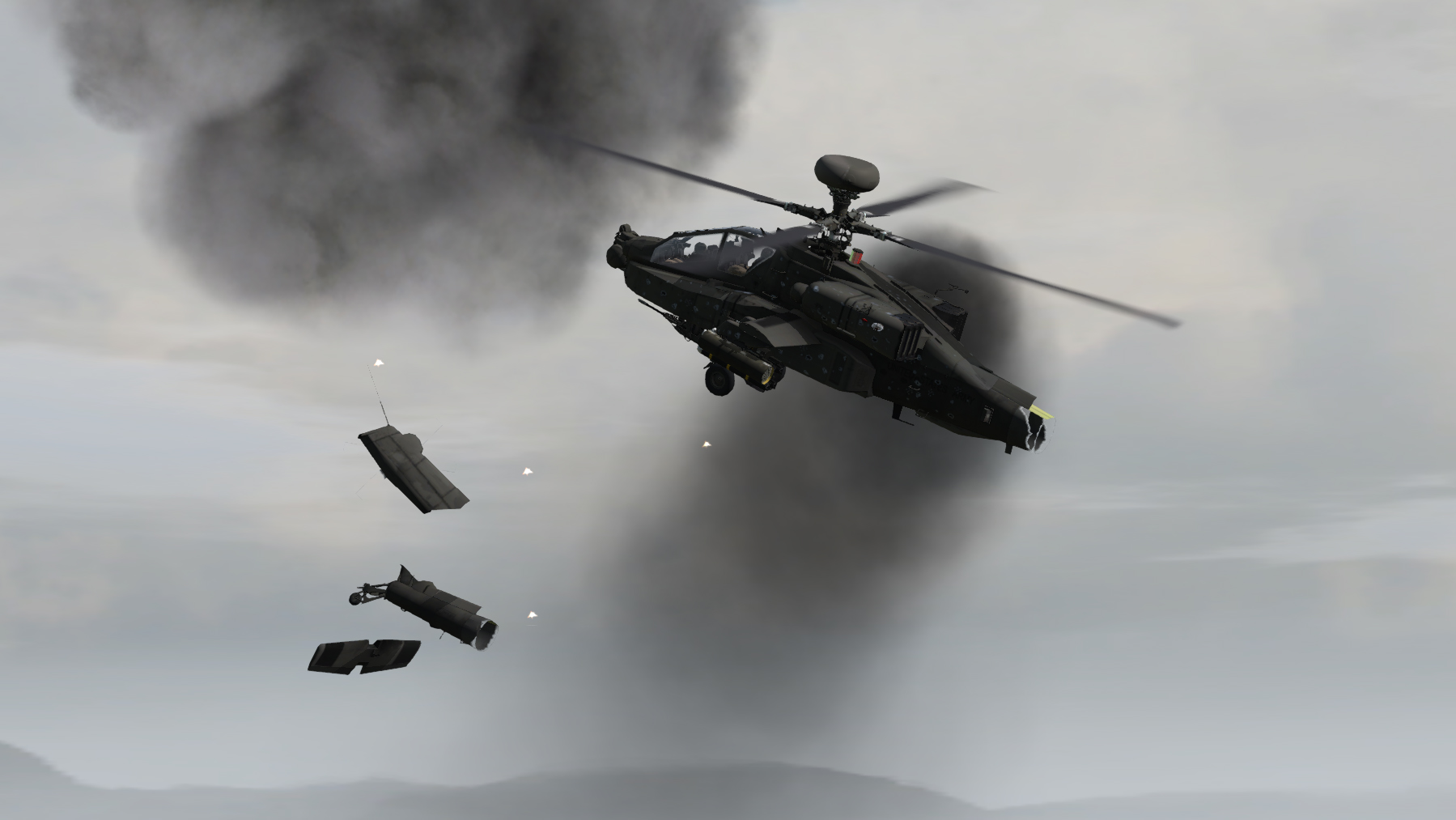 The “free” mode, that is, the possibility of starting a personal mission with regard to scenarios, difficulties and enemies, represents in this regard an extra pleasing but ending to itself. More interesting are the “team operations”: thirteen missions to play online, in cooperative, for up to four players. It was a shame I could not test them during our trial period. Going to the technical achievement, as it was written in the opening, a great job was done to make the locations rich in details and at the same time fully interactive. 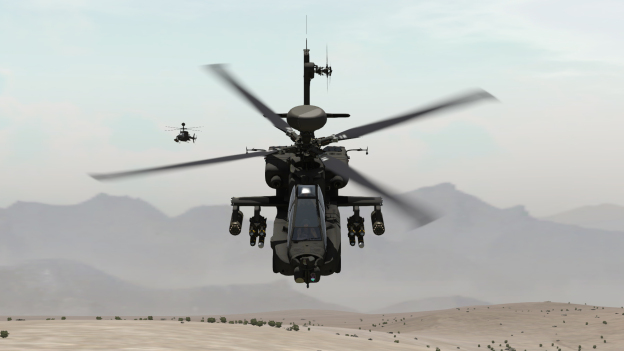 The graphics engine used for Apache: Air Assault is the same as Wings of Prey, and it is excellent both from the point of view of quality and scalability: the many adjustments available allow you to play smoothly and without slowing even on band PCs medium / low, and in this case we got about 30 fps at resolution of 1600 x 900 pixels with the test configuration, lowering just a little the antialiasing. 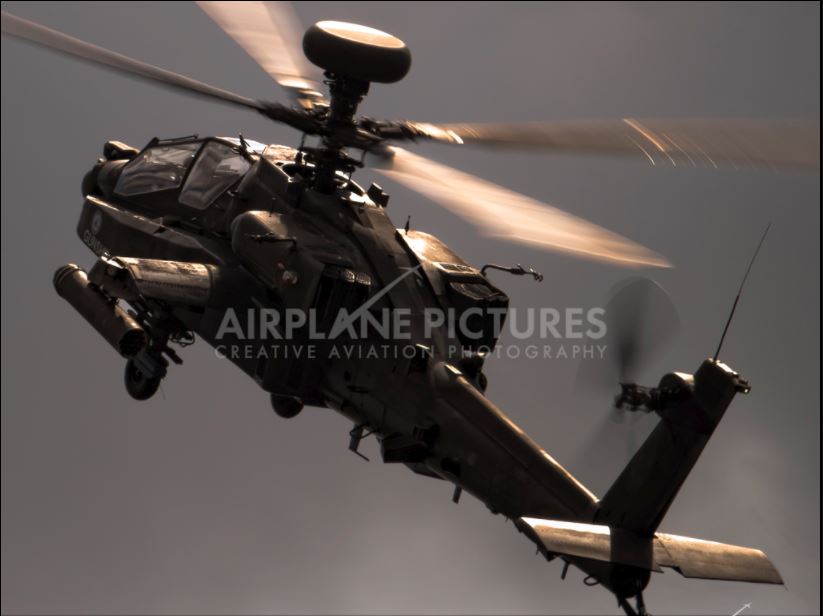 There are definitely situations where you end up watching scenes a little bit pulled away, such as when the helicopter hits and falls to the ground, but in general the visual impact is really remarkable and the three visuals available (third person, passenger or first person) are equally useful and functional to action.